I’m going to put a slight twist on the “year in review” concept and instead give some updates and add-ons to previous posts that have appeared on my blog.

First, an update on the Heladería Coromoto ice cream shop in Mérida, Venezuela. I first called out this shop in the post Ten Whackadoo Travel Facts, highlighting its Viagra ice cream. Just a couple of days ago, I read that it has shut down until at least mid-January due to a milk shortage. Now the question is: do we blame the socialists or the cows? 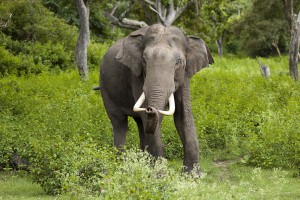 I’ve spent a pretty good amount of time talking about edible things from animals’ bums on this blog – Say, Did That Strawberry Flavor Come From Beaver Butt? and My Cup of Wild Civet Coffee are two such occasions. Now my good pal Jo-Anne Teal (seriously good flash fiction author over at Going For Coffee) has brought it to my attention that elephants are now being touted as the next coffee-bean-pooping rock stars. So basically, any animal who shits out a bean is now a market commodity.

One of my favorite stories on this blog was the post Trinidad and Old Friends, which told of a 74-year-old gentleman that I met on a bus in Port of Spain. There was just something about him and his story that stuck with me, and despite asking the bus driver of that particular route to look out for him, and passing notes through the marketing manager for the bus line, sadly, I was never able to locate the dapper gentleman again. So, the mystery of his friend in New Westminster, B.C. remains unsolved.

I also lost touch with the fellow I wrote about in my post Let Me Give You a Quarter for the Shoes. He no longer occupies the corner by the KFC, nor any other nearby intersection, so has probably moved on to another city. There have been plenty of others filling those spots around town, however, as the number for people living in poverty in Washington state has topped 14 percent. Add a severe mental illness into that equation and the odds are stacked against you.

Now to the friends I can still find! I’ve had a number of great people come and guest blog for me over the last three years. Where are they now? Well, here are some updates on a few of them.

Author and blog coach Molly Greene visited in May 2012. At the time, she’d just released her first book; now Molly has five books out and is about to release the sixth. This woman works hard!

There was also Kendall Hunter, my old chum from when we lived in South Africa, and both author and photographer. Kendall was working on a book about female photojournalists around the world. From what she’s told me, it’s morphing quite a lot – oh, how books change shape, hey? In the meantime, she’s creating a really cool website and mobile app called CultureDock, where young people can find and post information about cross-cultural information and experiences.

Then there was Jeri Walker-Bickett, who contributed a moving essay that continues to be one of the most popular on my site. She was writing her novel then, and still is – oh, how books can take a long time to birth, hey? She’s got a couple of short travel memoirs out, set in Yosemite National Park, and has built a solid freelance editing business. If you have a manuscript (or other) in need of some love, drop Jeri a line.

Next, author Nadine Christian (of the Fletcher Christians) came to hang out, and shared all about life on the remote and remarkable Pitcairn Island. Nadine has since staged her own mutiny – okay, maybe that’s a bit extreme – and moved to New Zealand earlier this year. Her Twitter feed photos of her five kids experiencing life in a big city for the first time is a riot.

Chickybus’s Lisa Egle spun through my site about a year ago to talk about one of our favorite things: female solo travel. In 2014, Lisa spent time in Colombia and has put up some fantastic photos and posts about her visit. If that’s a country that interests you, you’ll find more here. 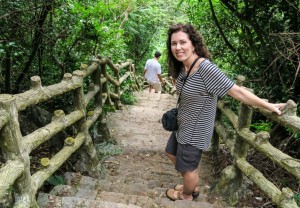 In the travel post Vacation Clothing Essentials, I shared my love for merino wool in all temperatures, freezing cold and blazing hot. An add-on for any of you who are bothered by the itchy factor (which is usually minimal already in a good merino piece): I/O Merino has gathered a bunch of sheep and conditioned the hell out of their sheepy hair – bottle after bottle of Pantene – and as a result, their clothes are beyond soft. I road-tested a t-shirt that was sent to me right before my recent SE Asia trip, and man, it was like wearing jammies. P.S. They’re having a HUGE end-of-year sale right now. HUGE.

It might be stupid to give away intel on my finds of amazing and relatively deserted spots around the globe, but that’s just what I did with Gilligan’s Island in Belize. I’m sad to report that Tobacco Caye has now been approved for a supermall, and construction is due to start in 2015. Noooooo, that’s not true. Actually, it has been completely submerged by rising water levels, a fatality of global warming. Nooooo, that’s not true either. It’s in fine shape, and I’d still advise that if you’re going to Belize and don’t like the vibe of Ambergris Caye (where most people go), head a little further south and you will be richly rewarded. 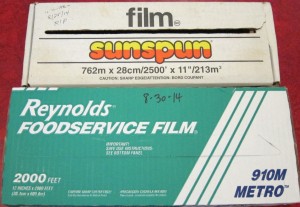 Finally, it was back in 2011 when I first published a post called Love in the Time of Saran Wrap, all about how the only thing that survived my long-term relationship with a guy named Hank was a 2500-foot roll of plastic wrap. At the time of writing, that roll was 15 years old. A year later, my husband Francis emphatically stated that he wanted to start his own roll of plastic wrap with me, and gifted me with 2000 feet for Christmas. It took until August of 2014 for the christening of that one, meaning that the old Hank roll lived to be nearly 18 years. Respectable for any relationship, I’d say, but my instinct tells me that the new roll will go further.

Stay tuned for another spin of this format in a couple of weeks, where I’ll do updates that are focused on mental health news follow-ups.

Thank you for being here, and I wish you a divine and prosperous 2015, in the way that’s most meaningful to you.