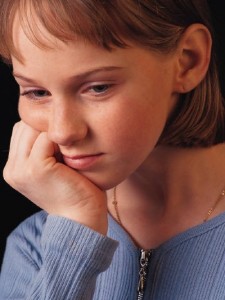 As the research and writing for my second book (working title: Crazy for You) moves forward, I have come up against some interesting dilemmas. Be warned: there are a lot of unanswered questions in this post.
The situation: I was raised singlehandedly by a mother who has paranoid schizophrenia. While her symptoms grew much worse over the years, they were definitely present throughout my childhood. A lot of the time, she presented as ‘normal’ (whatever that means), especially to those who didn’t know us well or see us very often. For the people who played a consistent role in my life, though – a ballet teacher, the Girl Guides leader, various figure skating coaches, our neighbors – I have often wondered why no one ever reached out to me or my sister. I was under the care of a woman who tried to whiten my teeth by having me brush them with Comet cleanser. Didn’t anybody notice that she was kind of ‘off’? Or were they just too dazzled by my teeth?

That question raised several more for me. If someone had, in fact, noted her weird behavior, was there ever really a way for them to engage (with me, my sister, or my mum) without it coming off as interference? And if they had wanted to help by bringing in a third party, were there resources available who would have worked with us as a family unit instead of going the route of removing us from the home?
Regarding the first part, it seems to me that working with someone who has paranoid schizophrenia must be one of the most difficult scenarios in existence. Right off the bat, the person will be suspicious of any and all motives, for better or worse. There were very few people in our world who weren’t ‘out to get us,’ according to my mum. So, if the parent is prone to immediate rebuff and/or complete denial, how does one connect with the kids?
I vividly recall a scene in Jeanette Walls’s The Glass Castle where someone from a government agency made a visit to her house. The place was in utter shambles and she wasn’t getting basic needs such as food and clothing met, yet she instinctively protected her family and turned the agency representative away. That is probably a fairly typical reaction from a child, especially if they fear removal from the only thing that they know (and probably love) as home and family.
That brings me to the second part of the dilemma: what kinds of resources exist that can offer services to help kids while keeping them in their homes? I think that I might have found one this week – Safe Families for Children (http://www.safe-families.org/), but I would like to know of others.
I have absolutely no idea what was out there when I was growing up in Vancouver, B.C. in the 70s and 80s, but I’d like to think that given the rise in (diagnosed) rates of mental illness, there are more resources now.  Robert Whitaker wrote in Anatomy of an Epidemic that the number of Americans on the disability rolls due to mental illness was 1 in 76 by 2007. How many of those people have kids that live with them full-time, I wonder? And if those kids need some support, are they getting it?
I heartily welcome input on this post, and in the meantime, back to my research on this topic.