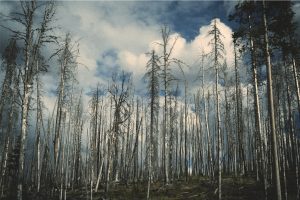 I haven’t posted much lately, but it’s not just my blog to which my recent rut of doom has extended. Depression doesn’t judge or pick favorites. It squashes everything – gym time, social outings, work motivation, romanticalness and creativity. It asphyxiates joy. It really sucks.

This isn’t a sad blog post, I promise. But I do have a few things I want to say to those who are going through depression at this exact second.

I know how hard it is to believe things will get better. Hold on to the idea-pillow that how you feel right now is not how you will feel forever. Take comfort by reflecting on who you really are—seek evidence from your past–and that you will return to your old self. One day, it will be easier again, and you will laugh, and greet strangers, and have energy, and think, “life is astounding and awesome.”

At the same time, life is a gig that requires stubborn persistence, both to get through depression, and to realize dreams. You must repeat the word “persistence” to yourself at least 106 times a day until it takes a permanent seat at your dinner sofa.

Two examples where persistence actually worked the fuck out

At the end of 2016, I wrote I was doubling my medication dose to try and get over the depression hump. It worked for a short while, and then it didn’t and I felt like a steaming pile of self-loathing shit. But if there’s one thing I’ve realized in all these years of paying attention to my mood, it’s that OHMYGOD, human beings are complicated.

Our parts are so interconnected that a twitch can tip something out of balance. It’s a never-ending puzzle, waiting for us to piece it together. Some days, this feels like an adventure, which is when you strike while the iron is hot, and other days, an affliction, which is when you nap.

Recently, iron hot, I laid down cash for gene testing. Lo and behold, I have a specific (A1298C) gene mutation that severely limits my body’s ability to metabolize folate, an essential B vitamin. It’s also linked to depression and nervous system issues. Long story short, I started taking a prescription dose (7.5 mg) of L-methyfolate (the active form of folate), which is actually used for treatment-resistant depression. After only a few days, my mood and energy have shifted enormously. And this has occurred because my naturopathic doctor hung in there, and I held on to the baby-blanket-ragged faith that there was more to discover about neurodiverse me. 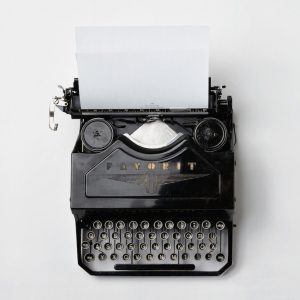 Now for the depressed writer (I know a lot of you personally): I have an essay about a life-altering encounter that I’ve been working on for years. I wrote the first draft in early 2013. I wrote the second draft in 2014. I finally submitted it in January 2015. It was rejected. I tried news magazines and they said it was too literary. I tried literary magazines and they said it wasn’t deep enough. Last August, I had an editor at one lit mag offer to read it a second time if I made (his suggested) revisions. I gave it a shot; he rejected it again. Some writing friends critiqued the essay and I did more revisions. I submitted it to more places and received more rejections. Then I met the editor in person at a conference, and he offered to read it a third time. I worked on it for another month and sent it off to him, the essay’s twelfth submission in all.

My dopamine-deprived pals, the thing to note here is that my internal monologue is often that I’m not good enough for what it is that I desire. I can easily be the person who takes her toys and clears out of the sandbox if things don’t go her way. I did it in 1995 when I wanted an international development job in Vancouver and couldn’t find one. I did it again in 2007 when I wanted an international microfinance job in Seattle and came in second for two different roles. Gave up. Shut it down. Moved on.

Except the thing is, you never really move on. If that thing you want is part of your heart and soul, it will stick harder than the double-sided tape on Jennifer Lopez’s boobs during the 2000 Grammy Awards. 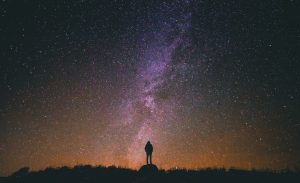 If you have a peach pit of faith in something, despite the “stated” odds, or a feeling that as crazy as your particular notion seems, it is meant to be, hang on to it. Hang the fuck on. Feed it and stoke it and dress it in a warm, fuzzy kangaroo onesie so it never leaves. Do not give up. Please. To give up on it is to give up on you.

This faith stuff isn’t easily explained. It’s a tad mysterious. It’s also our roadmap. You just have to listen for it inside you. And, yes, drive with your headlights off and your contact lenses out. I know, it’s a ridiculous, skewed, illogical test, all to learn something that you screwed up in another life. But can you name a better reason for being here?