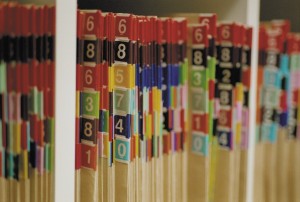 The comorbid existence of a mental illness and a substance abuse problem is called “dual diagnosis.” Until recently, I hadn’t read or heard too much about it, beyond its basic definition, but was interested to learn that the condition brings about its own set of treatment considerations. Today, Matthew Peters is here to share his personal experience and insights with regard to dual diagnosis. I’m grateful for both his courage and willingness, because sharing our stories is the fastest path to reducing stigma and shame. I hope you’ll join in the conversation by leaving a comment below.

My deepest thanks to Laura Zera for having me as a guest on her blog to share my experience with dual diagnosis. It is truly an honor to be here.

There are some variations in definitions of dual diagnosis, but the term generally describes a person who has a mood disorder and some form of chemical dependency.  For example, I have depression (Major Depressive Disorder) and I’m an alcoholic. There are genetic links associated with each disorder. My mom was an alcoholic and suffered from depression and generalized anxiety disorder.  There was a long line of depression and alcoholism on her side of the family: her father was an alcoholic and committed suicide when she was ten.

I drank regularly by the time I was thirteen. I sought help at a local substance abuse clinic when I was fifteen.  Despite being dual diagnosed from an early age, the diagnosis didn’t stick. Over the years, as I made my way through countless detoxes and rehabs, and a few psychiatric wards, the standard course of treatment was to deal with one disorder without addressing the other, or the combined effect of both. It was more than twenty years before I received the help I needed.

The most effective treatment program I’ve found is the cognitive behavioral therapy approach used by places such as ASAP (Alcohol and Substance Abuse Program) in Chapel Hill, North Carolina. ASAP takes a comprehensive approach to substance abuse that involves education and group therapy as well as one-on-one sessions with therapists. Crucially, there is a strong psychiatric component built into the program because of the recognition that mental illness and substance abuse are often comorbid. I feel that recovery is limited for the dual-diagnosed unless both conditions are treated concurrently. 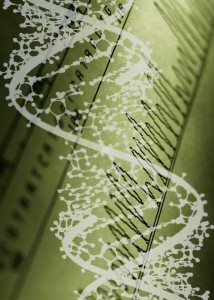 In terms of recovery, having a dual diagnosis differs from a single diagnosis in that it is not just about refraining from alcohol, or taking anti-depressants. It is a synergistic condition where one illness exacerbates the other. For example, major bouts of depression are often accompanied by the desire to self-medicate. It might sound counter-intuitive to want to drink alcohol, which is a depressant, when you are depressed, but the mind and brain chemistry of the alcoholic differ from that of the non-alcoholic. Drinking may actually alleviate depression in the short-term, lifting your spirits, so to speak, and quickly, too. That makes drinking very enticing to a person going through a depressive episode; the solution to feeling bad seems just an arm’s length away. Of course, what happens is that you might feel better after taking a few drinks, but when the effect wears off you are at a lower mood baseline than before you drank.

The thing I would change about the way dual diagnose is treated today is that in the presence of one of these conditions, an aggressive effort be made to determine whether the other is present. I would also often make it so that in regard to treating substance use disorder, Twelve Step Programs (TSPs) such as Alcoholics Anonymous are not the sole recourse. There needs to be a much more comprehensive method of treating dual diagnosis, one that allows a large role for education and cognitive behavioral therapy, and is inclusive with regard to people with little or no faith in a higher power. TSPs, in their Higher Power-based philosophy, often deter the latter. Also, when it comes to the dual-diagnosed, especially those who need medication to treat their condition, I would proceed with great caution when it comes to Twelve Step Programs (TSPs). Some  groups tend to be anti-medication, and some people really need to be on medicine to help control their mental health symptoms.

Fortunately, dual diagnosis has not gotten in the way of achieving my goals, though it did play a large part in how things have played out in my life. But right now I couldn’t be happier. Though I dropped out of high school, I went on to get my B.A., M.A., and Ph.D. I taught college for a while, and now I write full-time. The point is that there is treatment out there if you are willing. You need to be your own best advocate when it comes to getting well and keeping the symptoms of dual diagnosis from taking control of your life. My journey has not been a linear progression, where over time I have gotten better and better. At times it has been a “one step forward, two steps back” process, and I think acknowledging that is crucial in going forward and getting on with your life.

My website, www.matthewpetersbooks.com, includes resources for helping those dealing with dual diagnosis and related issues. My blog also discusses my own experiences with dual diagnosis. Since writing has been a crucial part of my recovery, I also talk a lot about writing. I encourage you to come by and check it out. Always remember that however low you feel, there is help out there.

Here are some interesting facts about dual diagnosis and related issues from a book called Addiction and Mood Disorders: A Guide for Clients and Families, by Dennis C. Daley, with Antoine Douaihy (Oxford University Press, 2006). I highly recommend the book for anyone interested in the subject of dual diagnosis.

Dual diagnosed from an early age, Matthew Peters dropped out of high school at sixteen. He went on to obtain a B.A. from Vassar College, and an M.A. and Ph.D. from Duke University. He has taught various courses in a variety of disciplines throughout North Carolina.

Matthew is committed to increasing the awareness and understanding of the dual-diagnosed. Conversations Among Ruins (forthcoming through All Things That Matter Press) is his first novel, and includes a dual-diagnosed character. His second novel, The Brothers’ Keepers (forthcoming through MuseItUp Publishing in summer/fall 2014), is a political-religious thriller that capitalizes on his love for history and research. Currently, he is working on a sequel to The Brothers’ Keepers. Learn more at http://matthewpetersbooks, or follow Matt on Twitter.