First off, thank you to all who completed my travel survey. There were 61 respondents, and, quite frankly, some answers and trends that I did not expect. I guess that’s the whole point of doing surveys, though, hey? 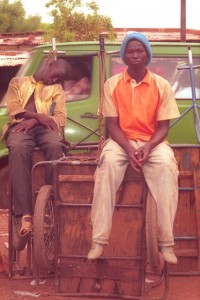 The reason I asked this particular set of questions is that I’ve been playing around with the idea of designing unique tours to Africa—Ghana, Mali, maybe Malawi and Mozambique. There are plenty of safari companies and volunteer exchanges out there, and I didn’t intend to repeat that. My vision is what I call “progressively independent itineraries.” We’d start out as a group who does everything together, then branch off into increasingly individual excursions until everyone is able to experience solo travel like never before. Of course, the “like never before” part has a lot of details behind it, crafted by my own travel experiences.

And guess what I found out from your answers? A trip to Africa, where a plane ticket costs about $1000 USD from London and more than $2000 from Sydney, followed by pretty rough accommodation in an area fraught with disease, likely would *not* be a big draw for people. I’m not kidding.

See, I love Africa in all of its gritty glory. While I want to share it with everyone (and their dogs), the data shows that it’s not a top pick for people, especially when you have limited time and travel dollars, like many of us do. Here’s what your answers told me.

Now for the prize draw. There were 47 people who included their contact information, ranging from full addresses to “your friend in ____.” Using the nifty sequence generator on Random.org, the winners are as follows:

Congratulations, you three! I’ll be sending you all emails soon. The person whose name landed dead last in the sequence, hence the farthest from winning a prize, was Arnesh Ramnarace. Sorry, Arnesh, hope your luck runs better for other things (and look both ways before you cross the street, okay?).

What do you think of the responses? Did anything surprise you?