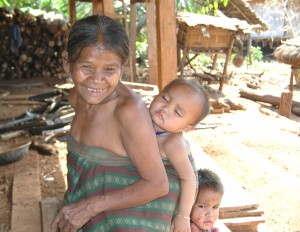 Last week, we took a photo tour of the Laos capital of Vientiane plus two spots north, Vang Vieng and Luang Prabang. Now we’re going to cruise around the lower part of the country—Pakse, the Bolaven Plateau and at the southernmost tip, Si Phan Don (the Four Thousand Isles archipelago).

Pakse is a jump-off point for destinations east and south, including Cambodia and Thailand. It’s not particularly pretty, there isn’t a lot to do and temperatures push past 100 degrees Fahrenheit, with humidity in the 80s. I did find a fantastic and 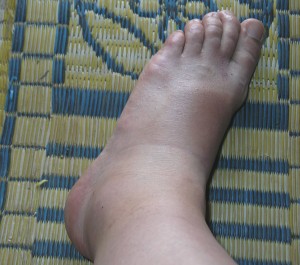 inexpensive medical spa with sauna and massage (Clinic Keo Ou Done) and went on the recommendation of another traveler after the swelling in my feet completely overtook my ankle bones (it didn’t help that my guesthouse was sans air conditioning). Given the blistering temperatures, going to a sauna seemed both counterintuitive and bloody awful, but it worked like a magical Asian charm.

To get to Pakse from Vientiane, it’s an overnight trip on a very sexy bus. 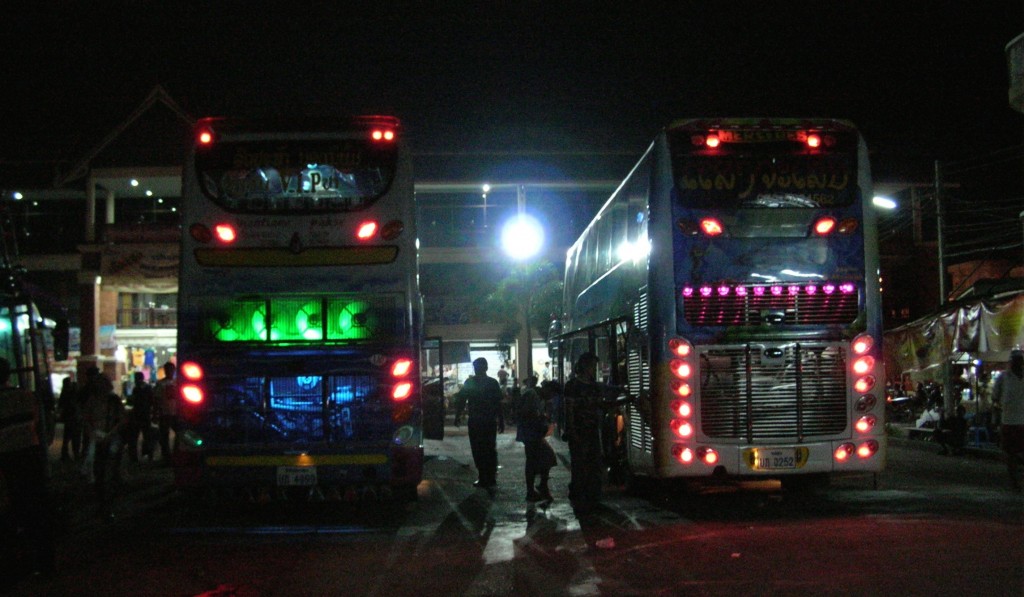 My next stop was the lush Bolaven Plateau, one of the main coffee and tea growing regions in the country. I signed up for a day tour that included a trip to the Tad Fane waterfall and a village visit, where backyards full of coffee beans drying in the sun are a good indication that almost everyone participates in the industry. 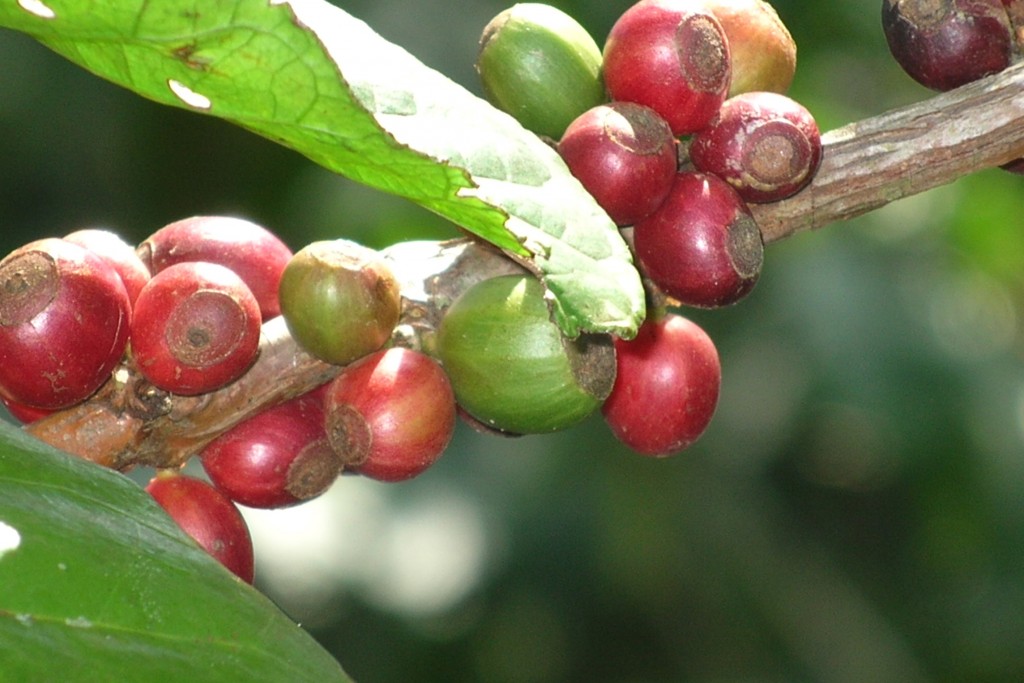 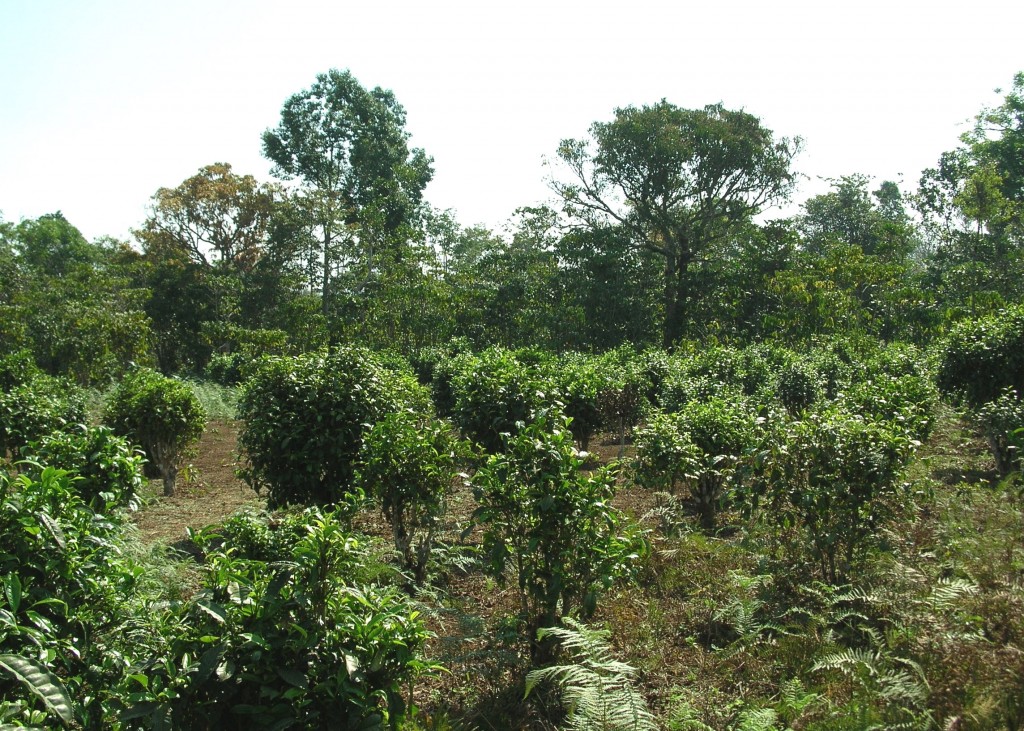 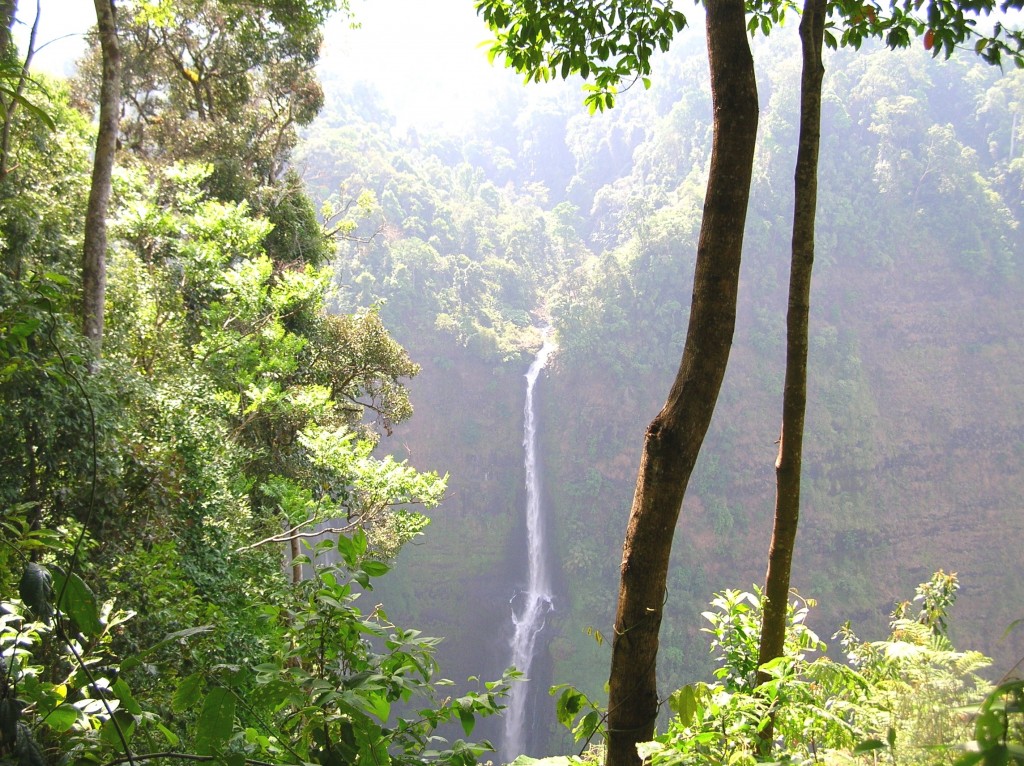 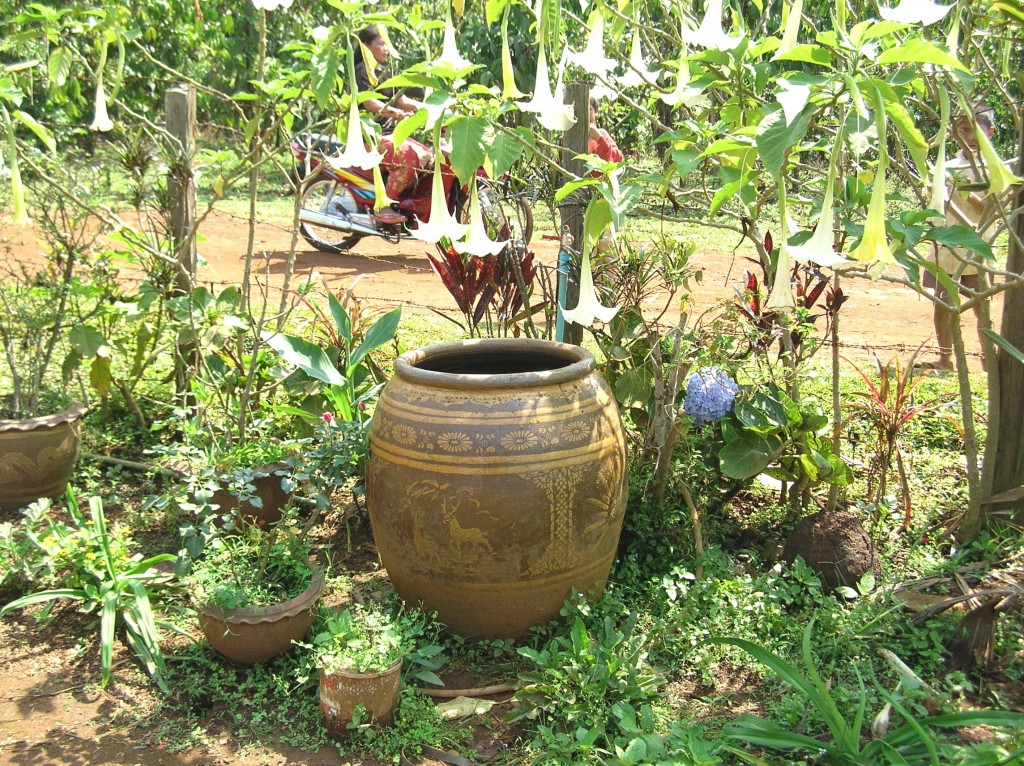 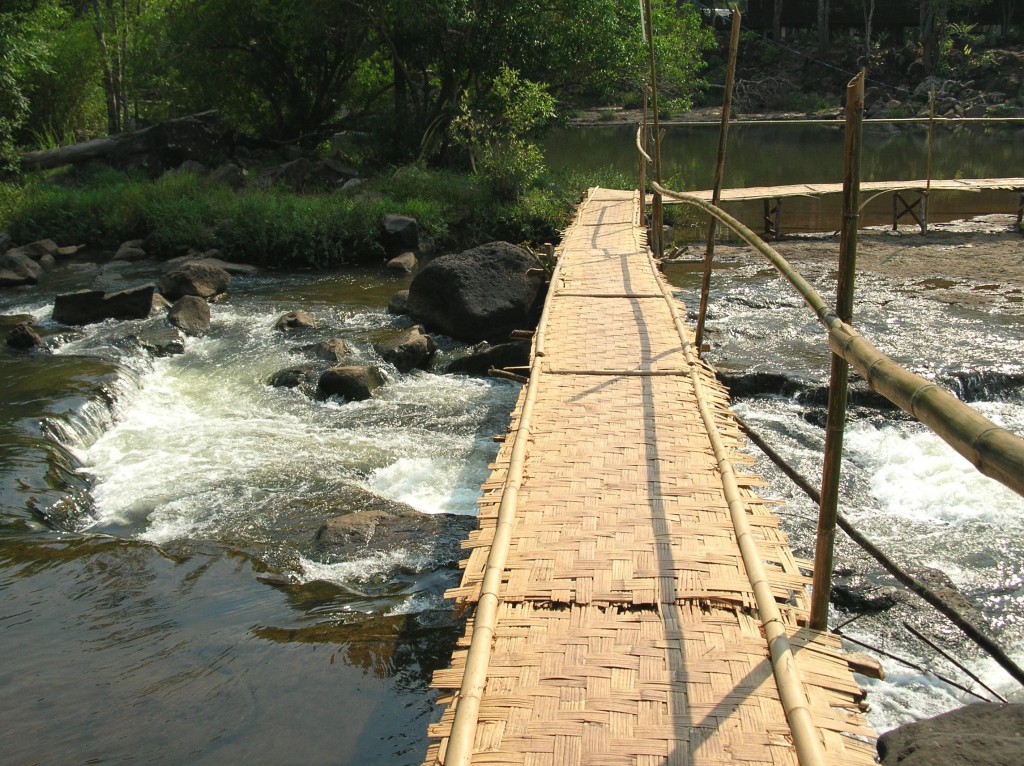 My digs up on the Bolaven Plateau were pretty sweet: a teeny hut with Care Bear bedding, a hammock and a great sunset view over the river. During the day, I could lie in the hammock and watch the kids play, including these very determined tree planters. 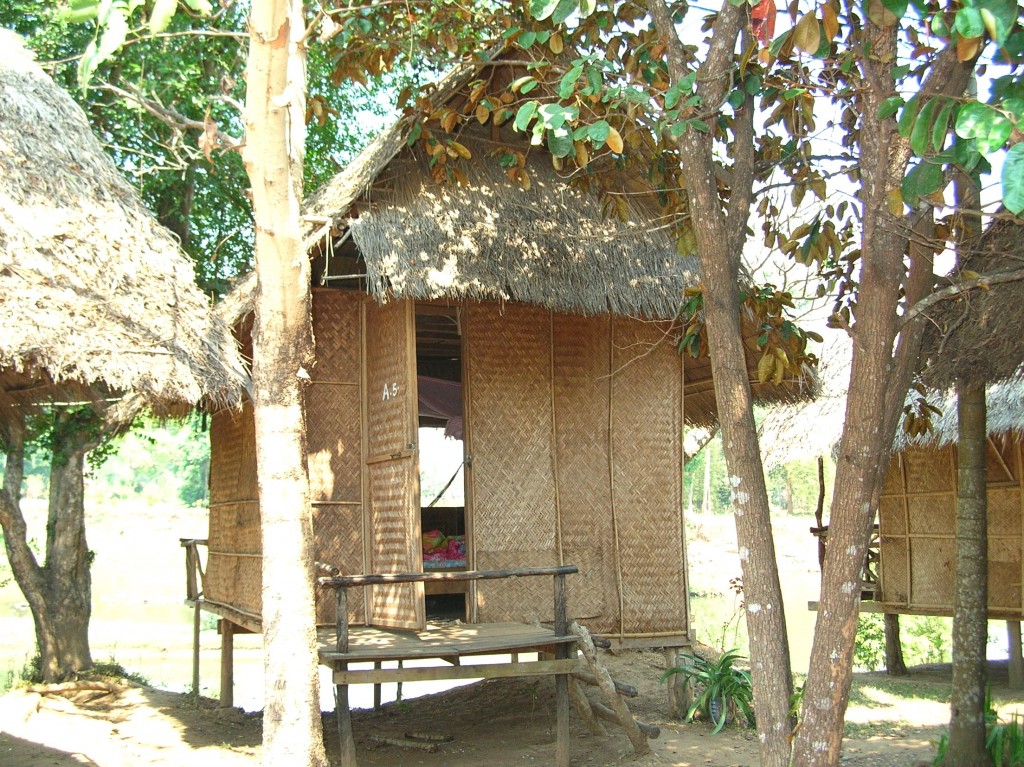 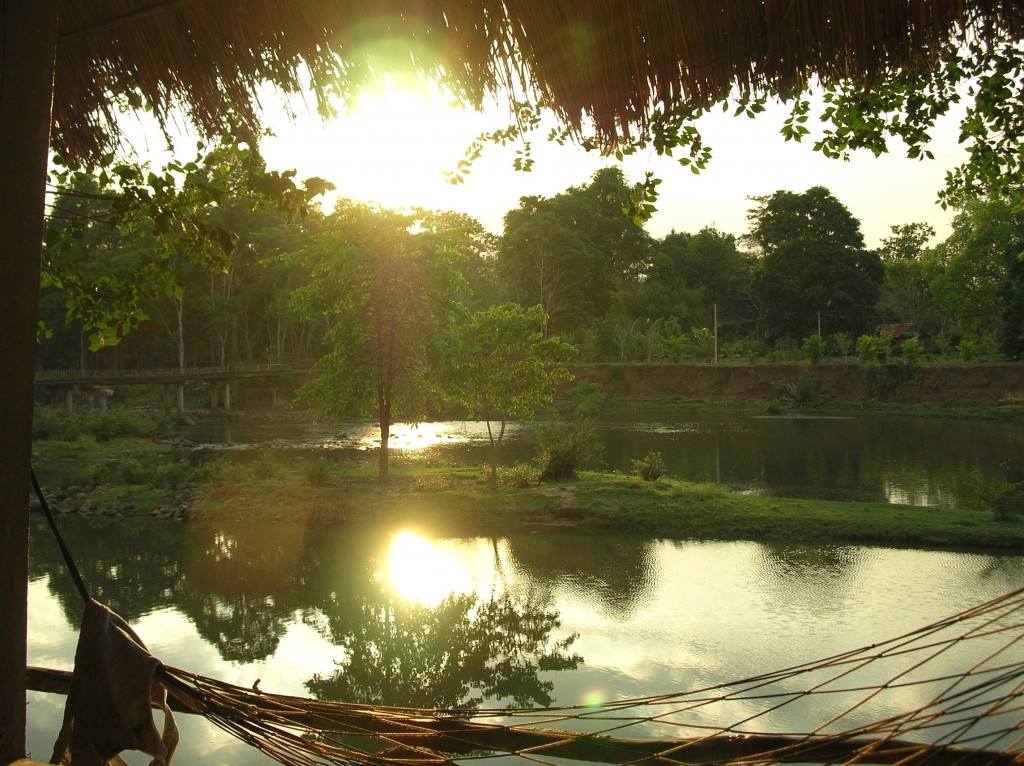 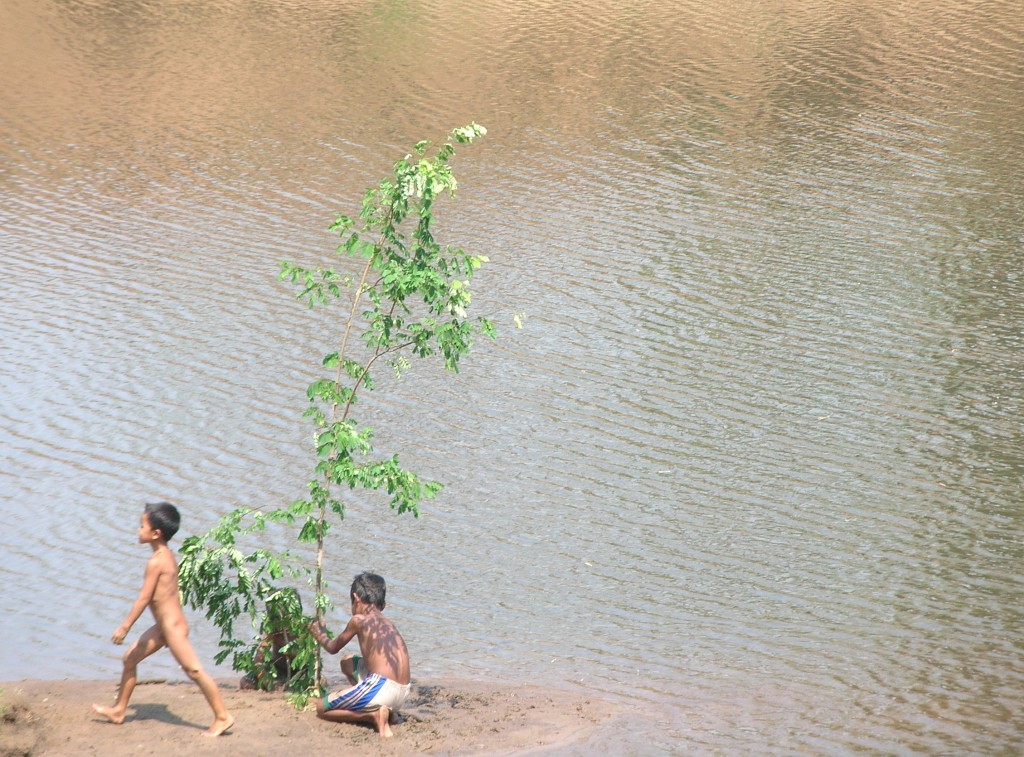 In one of those “it’s a small world” moments, I met a couple from Vancouver named Gordy and Joyce, and through a series of questions, discovered they were the cousins of a good friend of mine. In this photo, Joyce is playing games with the sweet kids in the village. 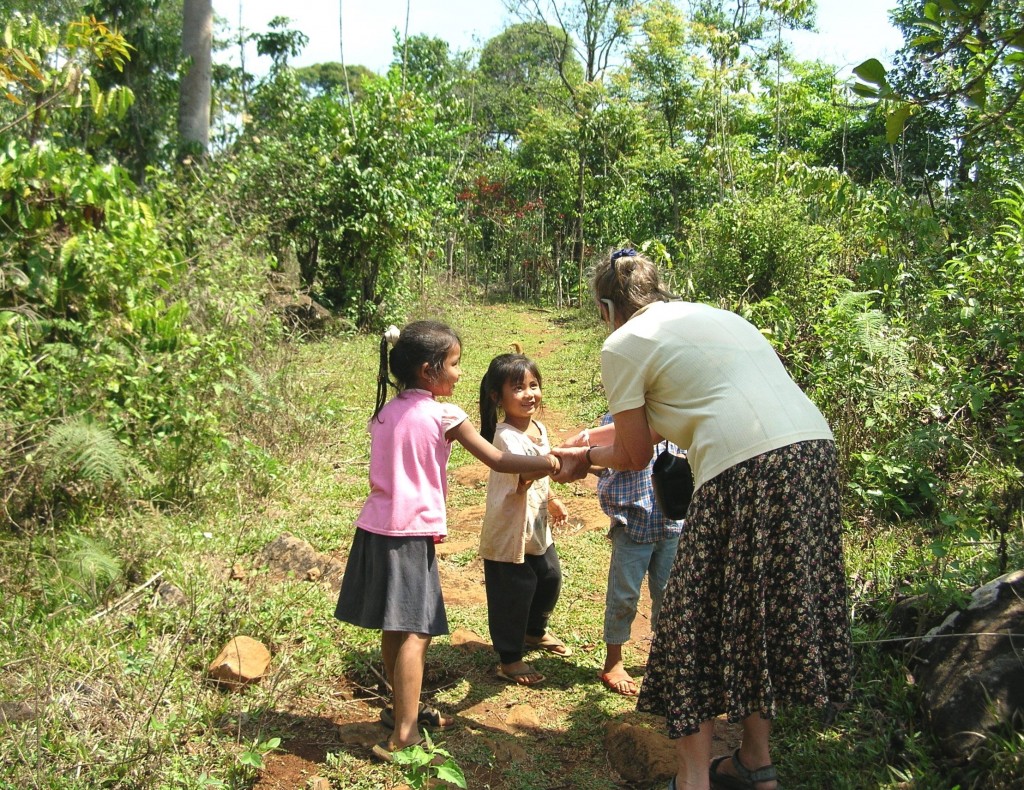 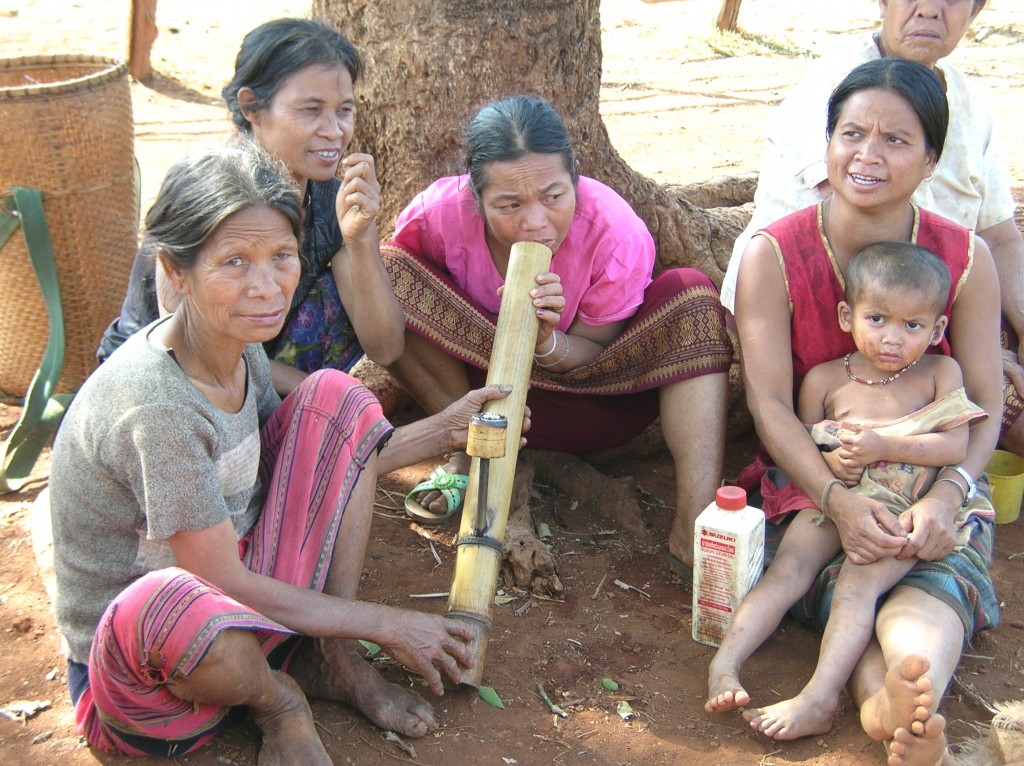 Because Pakse hadn’t been hot enough (I jest), I went even further south, to Si Phan Don. The boat ride down the Mekong was a great seat for observing capsules of rural life, and once I arrived at Don Det, the pace slowed to… well, it just stopped. 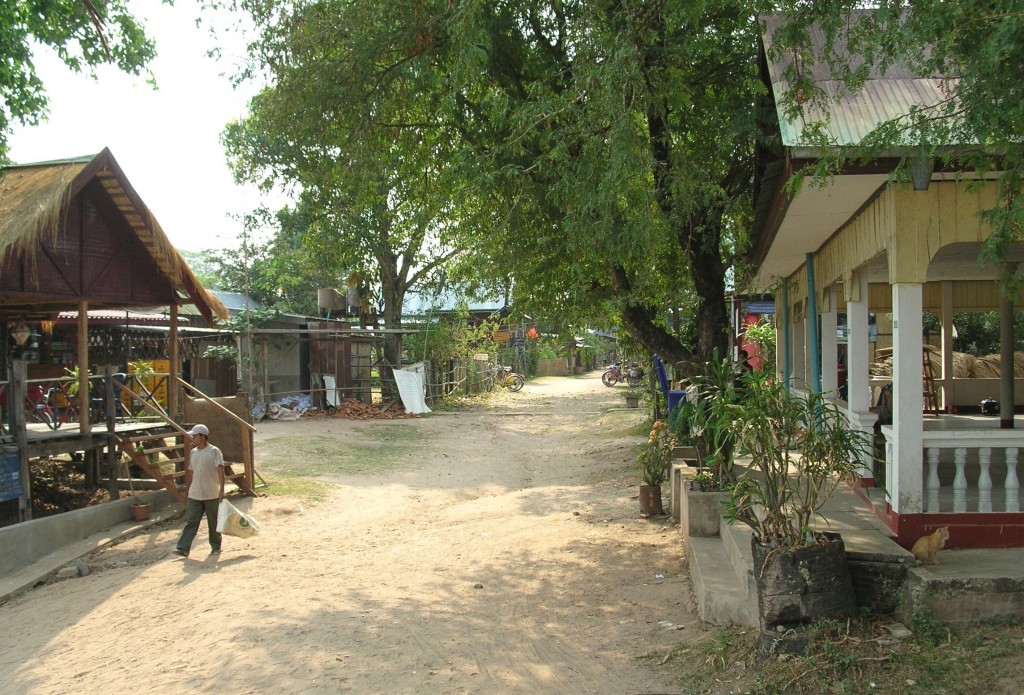 The island has full electricity now, but was still without it in 2006, so I only lasted for a couple of nights before retreating to Don Khong, a bigger island that offered all-night air conditioning. It was there that I borrowed a pink bicycle from my guesthouse and rode a hot and dusty road to the other side, leaving a trail of sweat behind me. The market area was worth it, especially because of things like the poster of “multi-sport boy.” 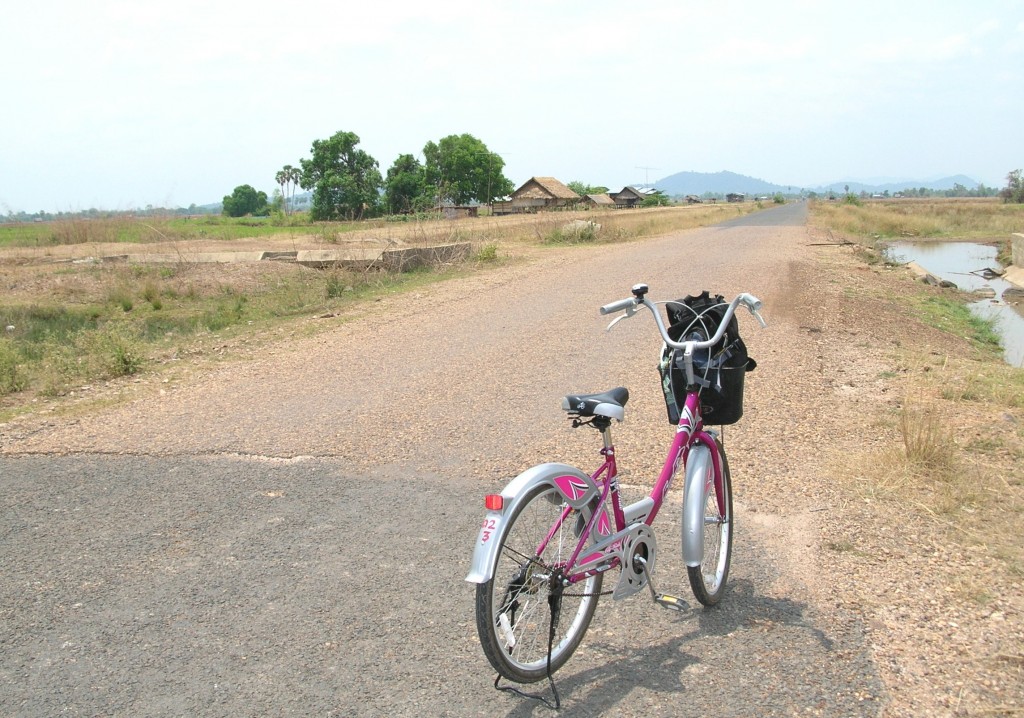 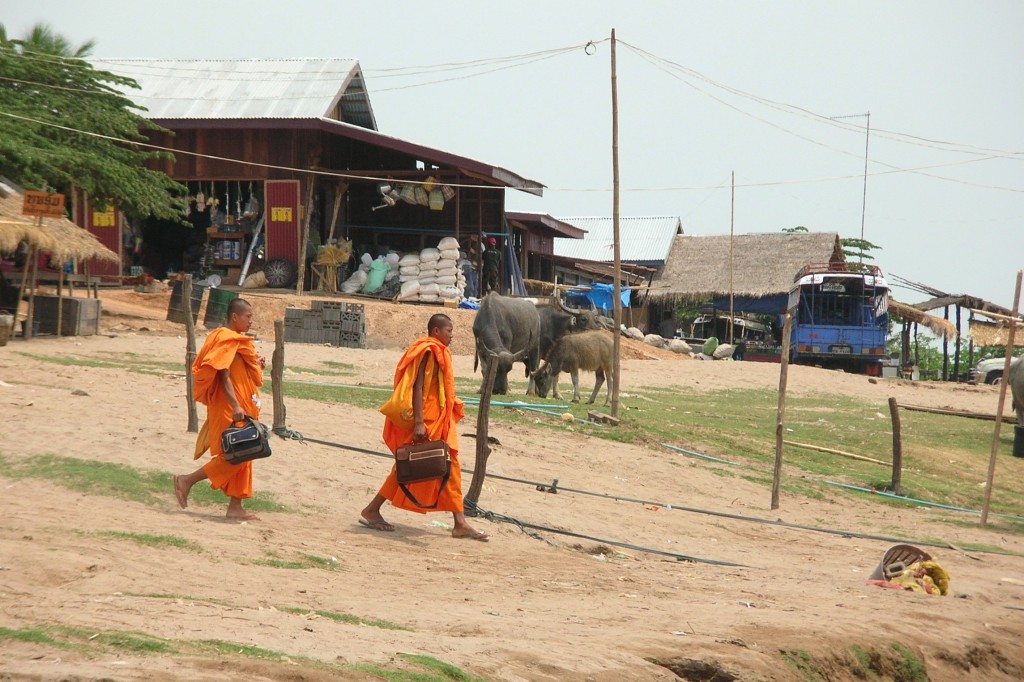 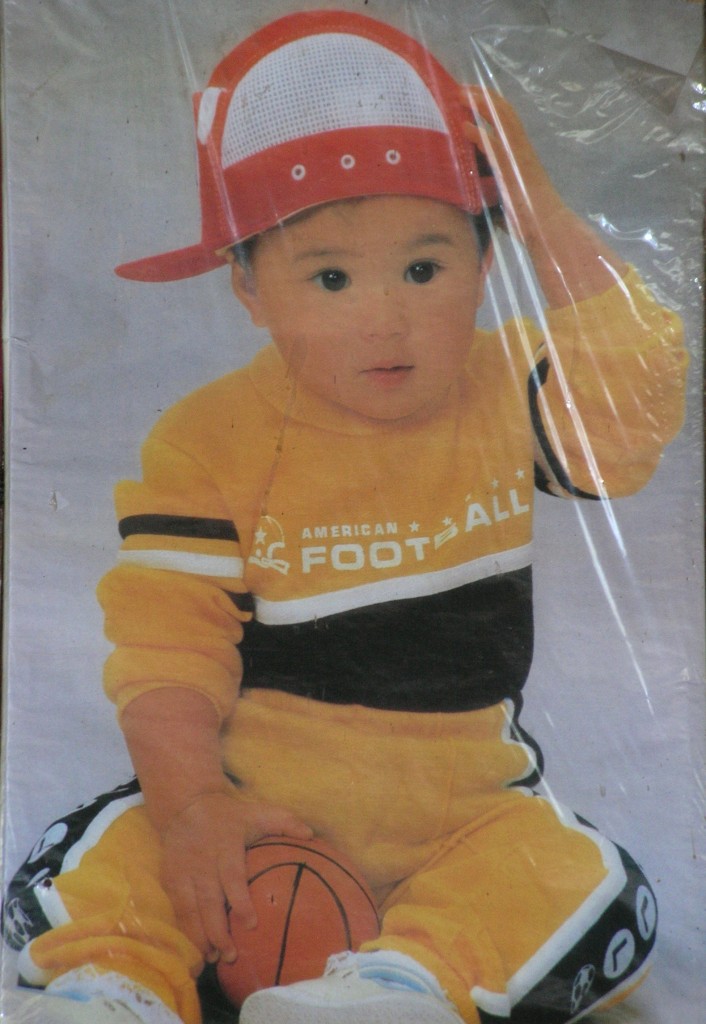 Back in my room, though, the guesthouse owner had thoughtfully decorated with wintery pictures of the Swiss Alps as a visual cooling aid. 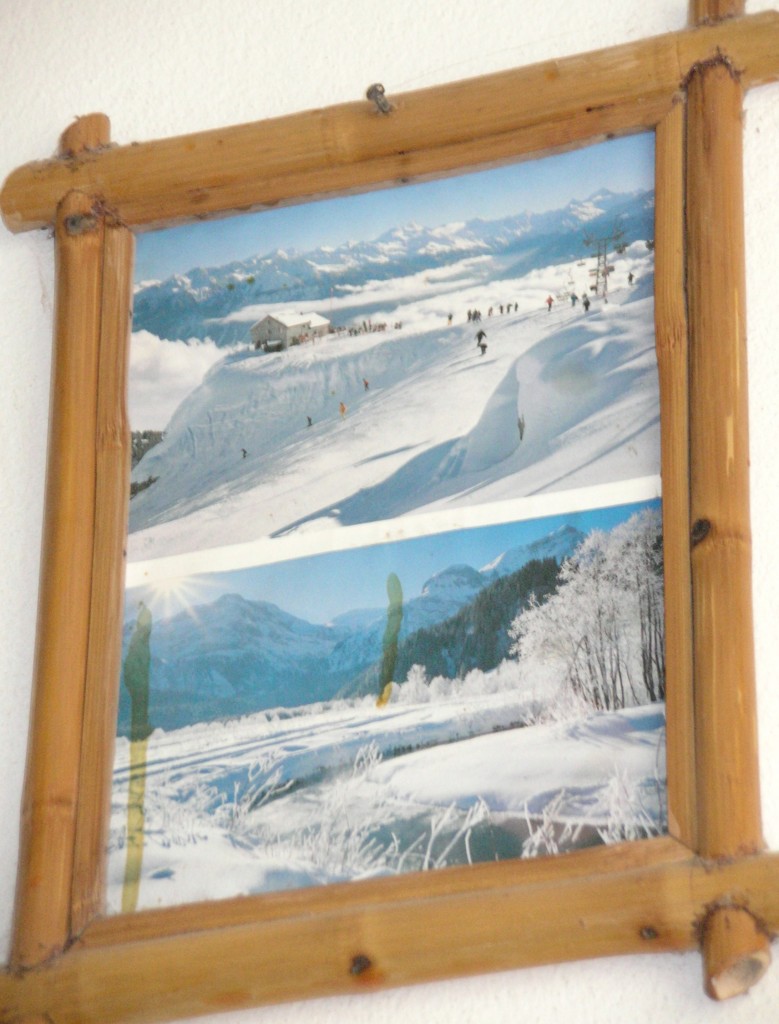 Initially, I’d worried that Laos’s landlocked status would feel a bit claustrophobic, but I found that cruising down the Mekong, inspecting new construction projects, or sitting at the river’s edge and watching life happen never did get old. 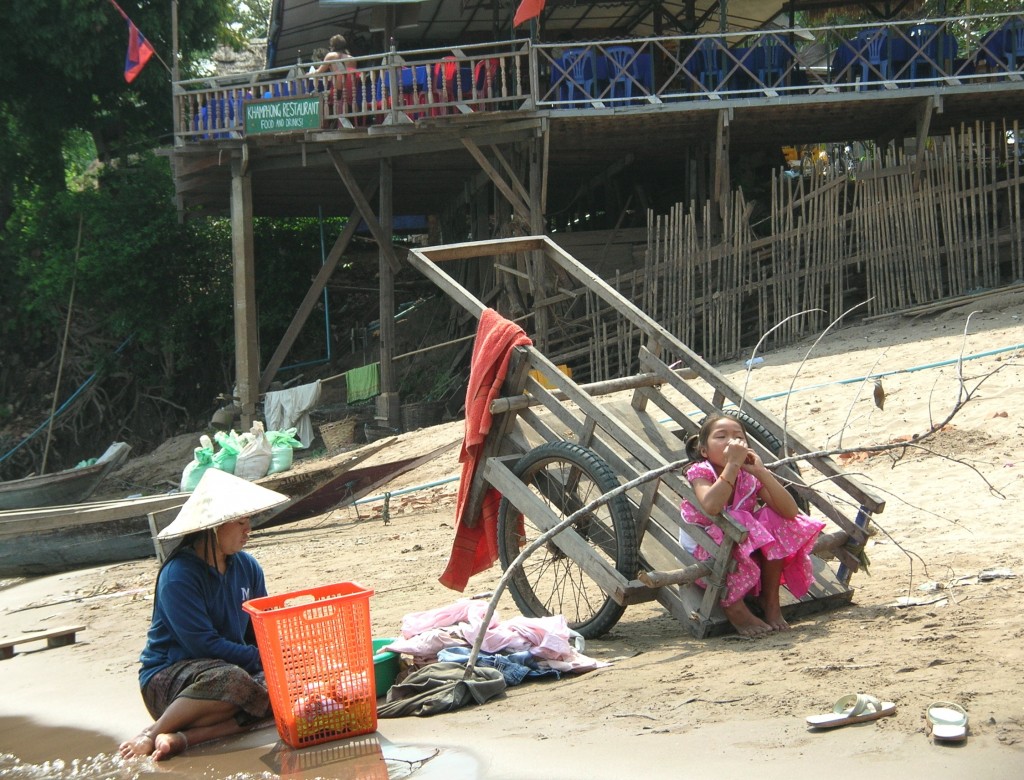 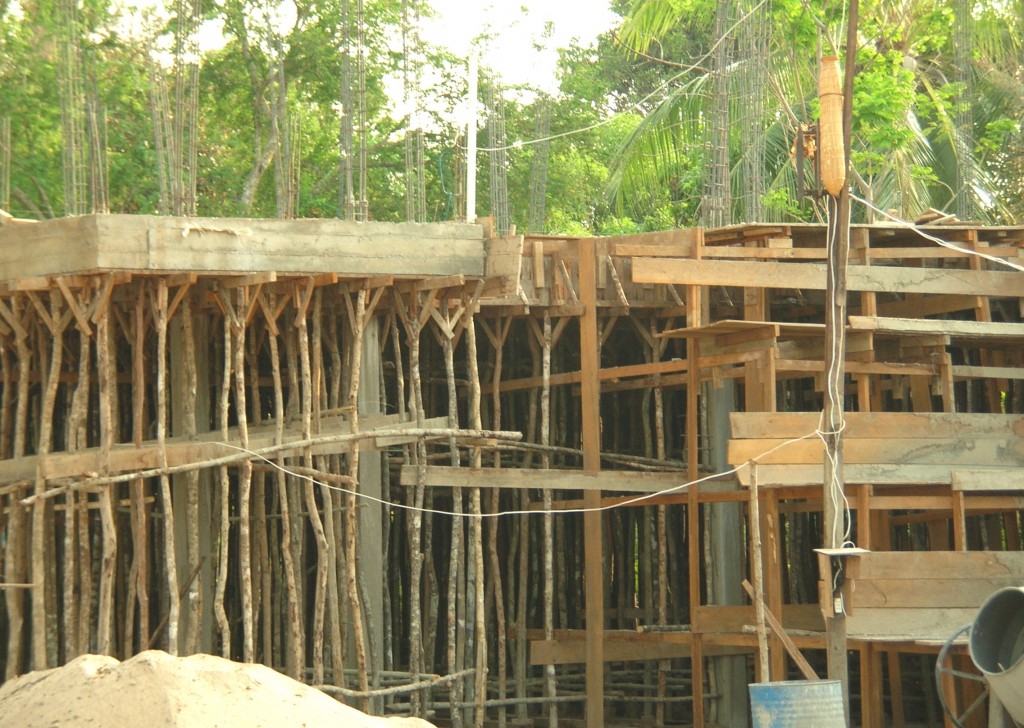 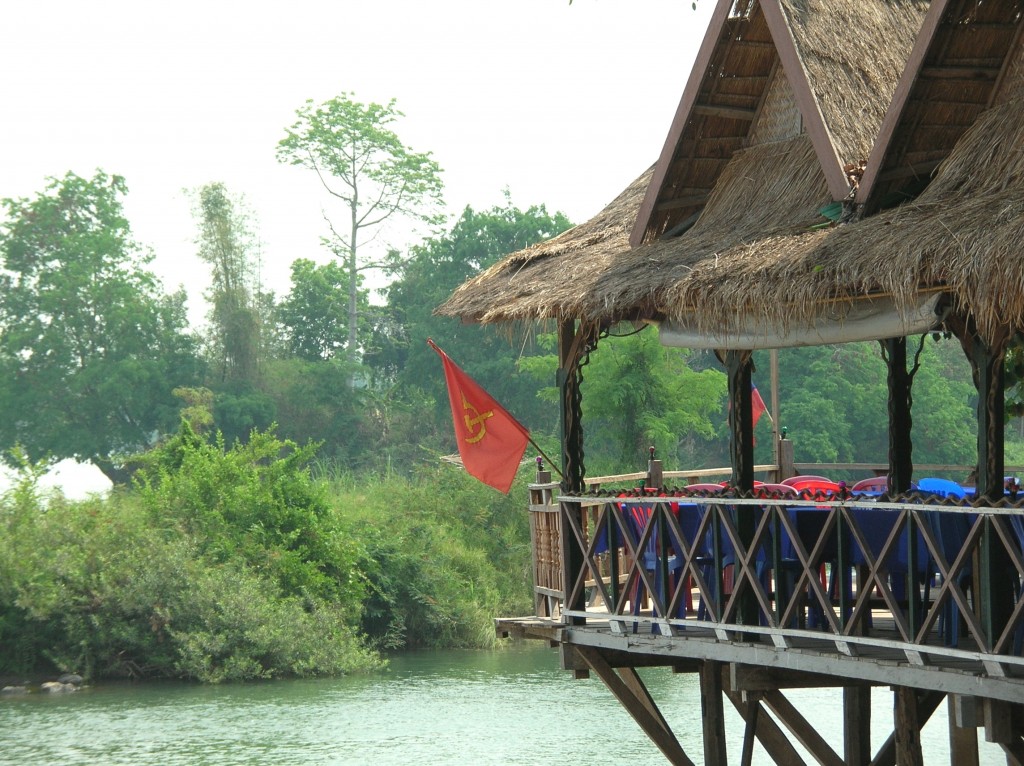 And remember, the warm and hospitable people of Laos always want you to…

Who’s booking their tickets to Laos? And if you’ve been there in the last couple of years, I’d love to get some updates on how things are looking now (new electricity installations, more transport options for the north, etc. etc.).