Plucked from the category of “pick a place where everyone else is going and go somewhere different,” these photos are from a three-week backpacking trip I did in Laos six years ago (sorry, Thailand). I’m going to post in two parts because although the photo quality is not fantastic, the content is definitely fun so I’ll split the posts into the north part of the country, then the south (just the way I traveled it).

Laos is a feast for the eyes, and a respite for the soul. It’s quirky and calm and yes, still Communist, as evidenced here by the Che Guevara tuk-tuk and prominently displayed flag on a government building in the capital of Vientiane. Oh, and another thing? It’s pronounced “We-en-chan,” not “Vee-en-tea-anne” as it appears. I was thankful I discovered that *before* I got there. 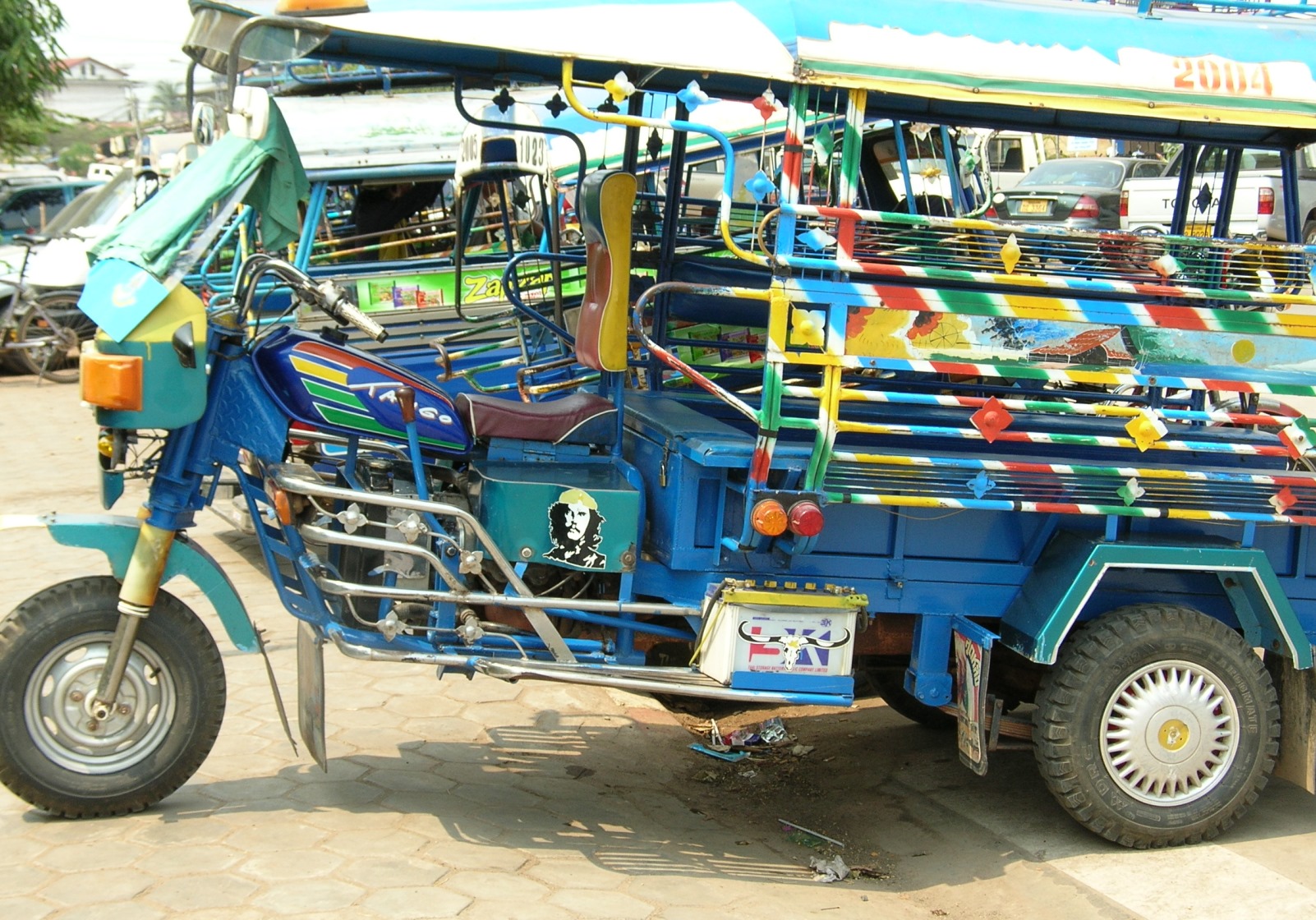 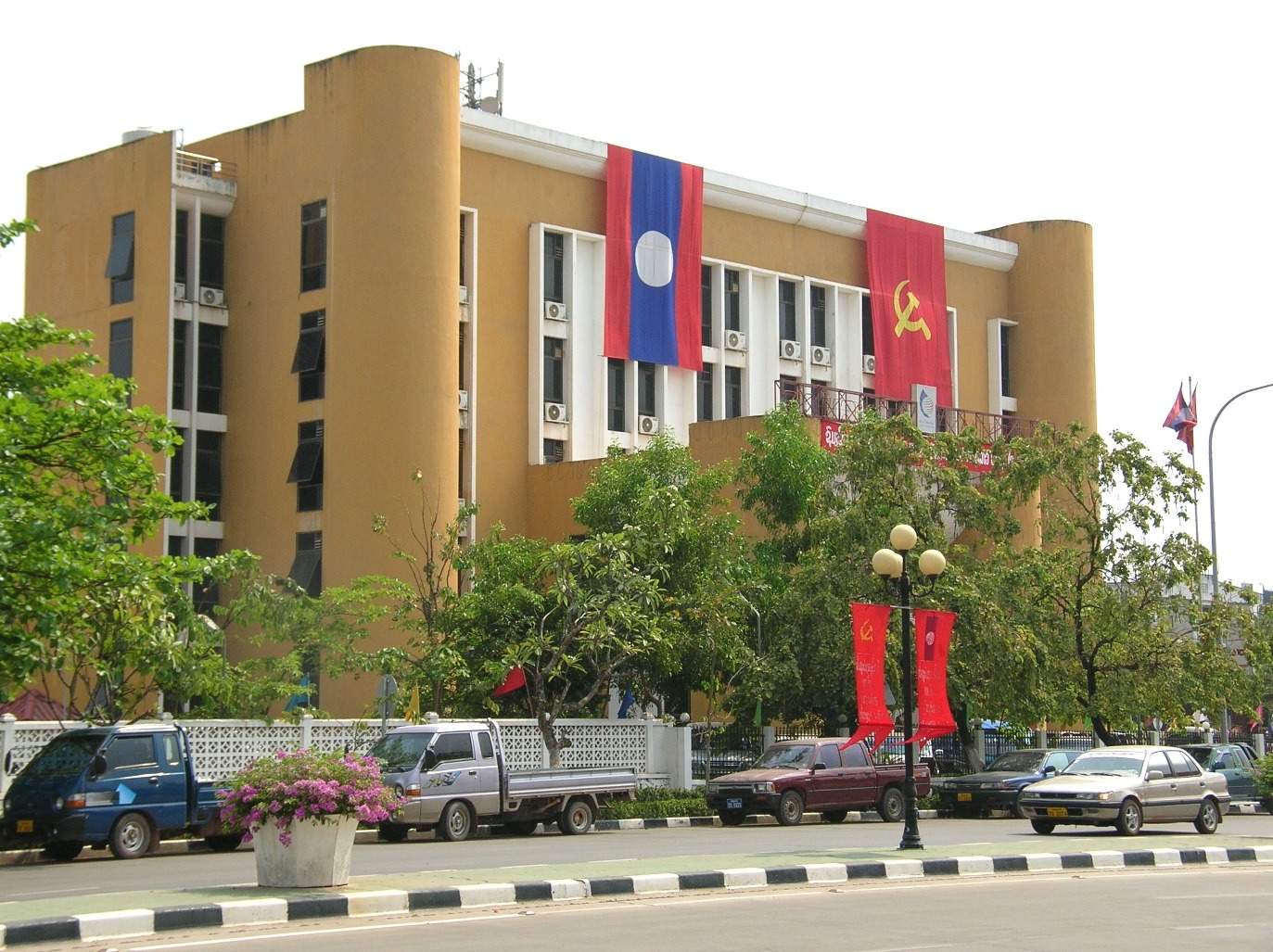 Patuxai (which is called the Arc de Triomphe of Laos, because humans must always compare one thing to another, and then maybe even sing about it) and Pha That Luang are two of Vientiane’s beautiful “places of interest,” as the guidebooks like to call them. 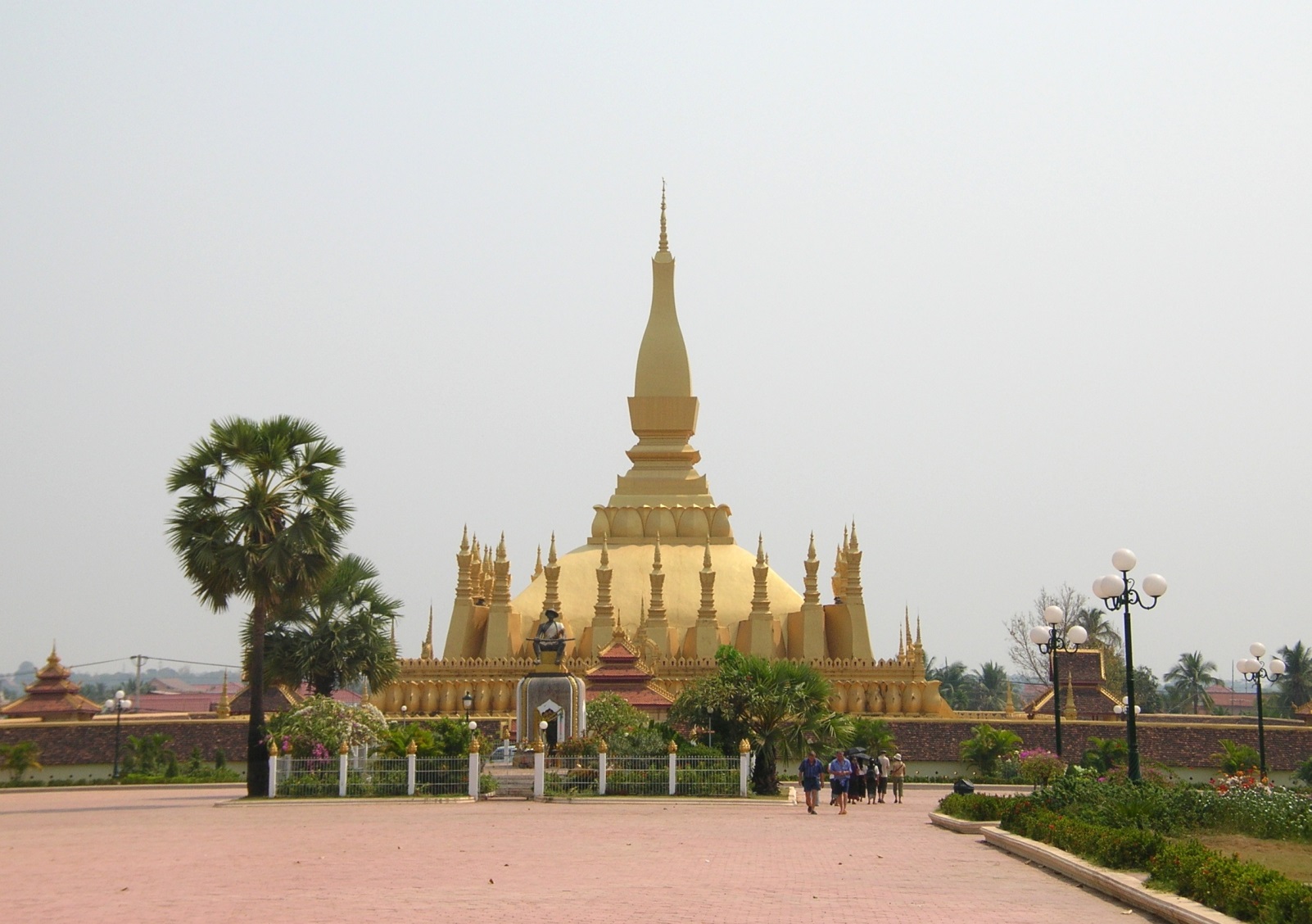 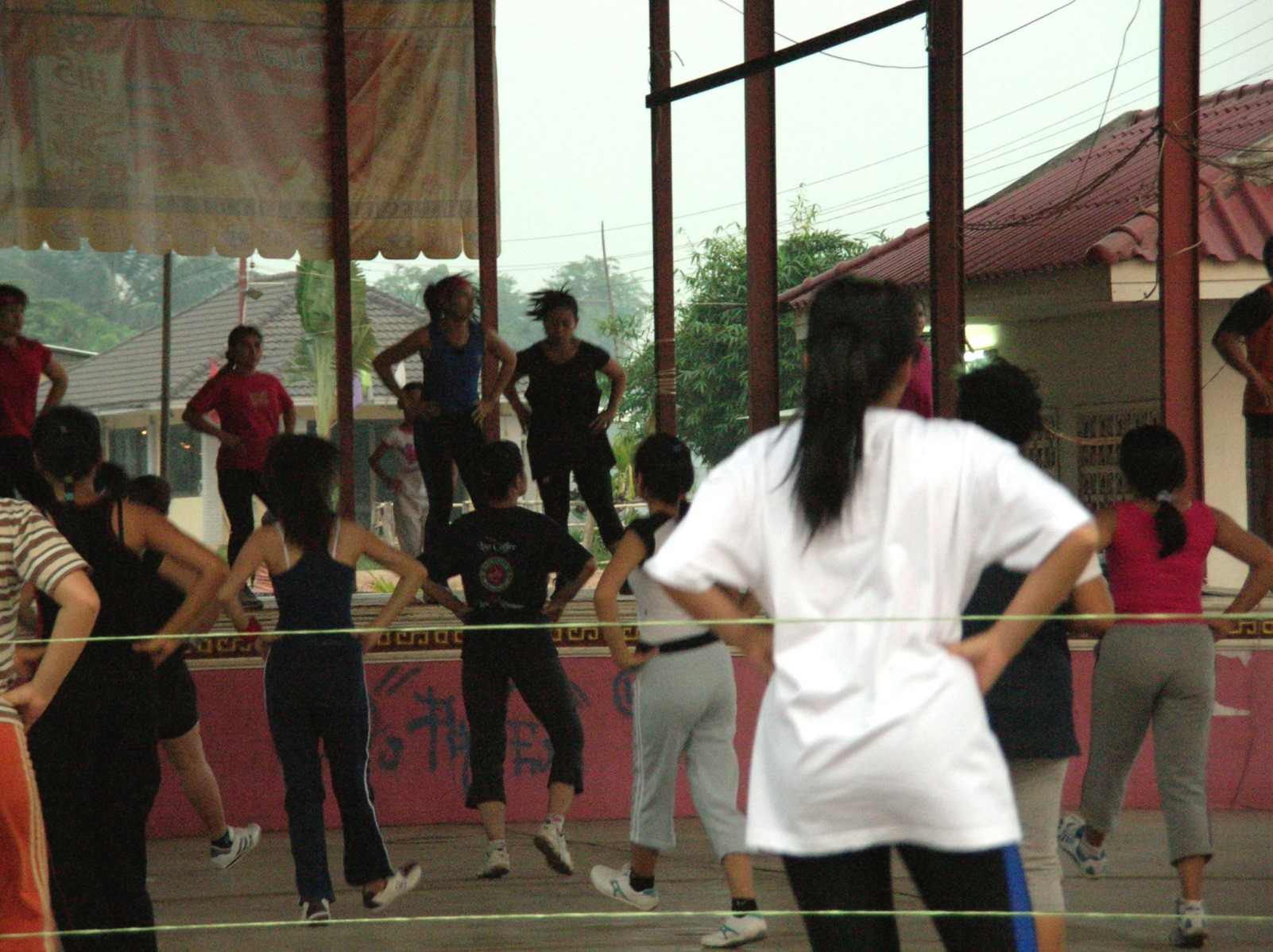 On my way north, I stopped in Vang Vieng, a beautiful town on the Nam Song river. Karst hills loom as you kayak or inner tube down the river (I did both) and, at the time I was there, it was just the start of a burgeoning party atmostphere. Bar touts shouting “Beer Laos, Beer Laos” would throw a line out as you floated down the river in your tube, then haul you over to the side for a refreshment. In 2006, all of this was still very much under control — not too many people and no excess of partying — however, this apparently changed a great deal, and very quickly.

With the mix of alcohol, water sports and nubile/buff young backpackers (excluding myself) and a lightning-fast 21st century grapevine, things got more than crazy. By 2011, 27 tourist fatalities were recorded that year alone in the town of 25,000, and that doesn’t include people who were taken straight to Vientiane. Recently, and thankfully, the government shut the river bars down. While this is sure to hurt the locals who make their living from tourism, I know that Vang Vieng will reinvent itself in a sustainable way that offers both a fun and safe experience. In the meantime, I do hope that the practice of lying about after a long day of paddling to watch “Friends” reruns in any of the six or more restaurants that have the show on a constant loop is one tradition that stays. But then again, I like “Friends.” 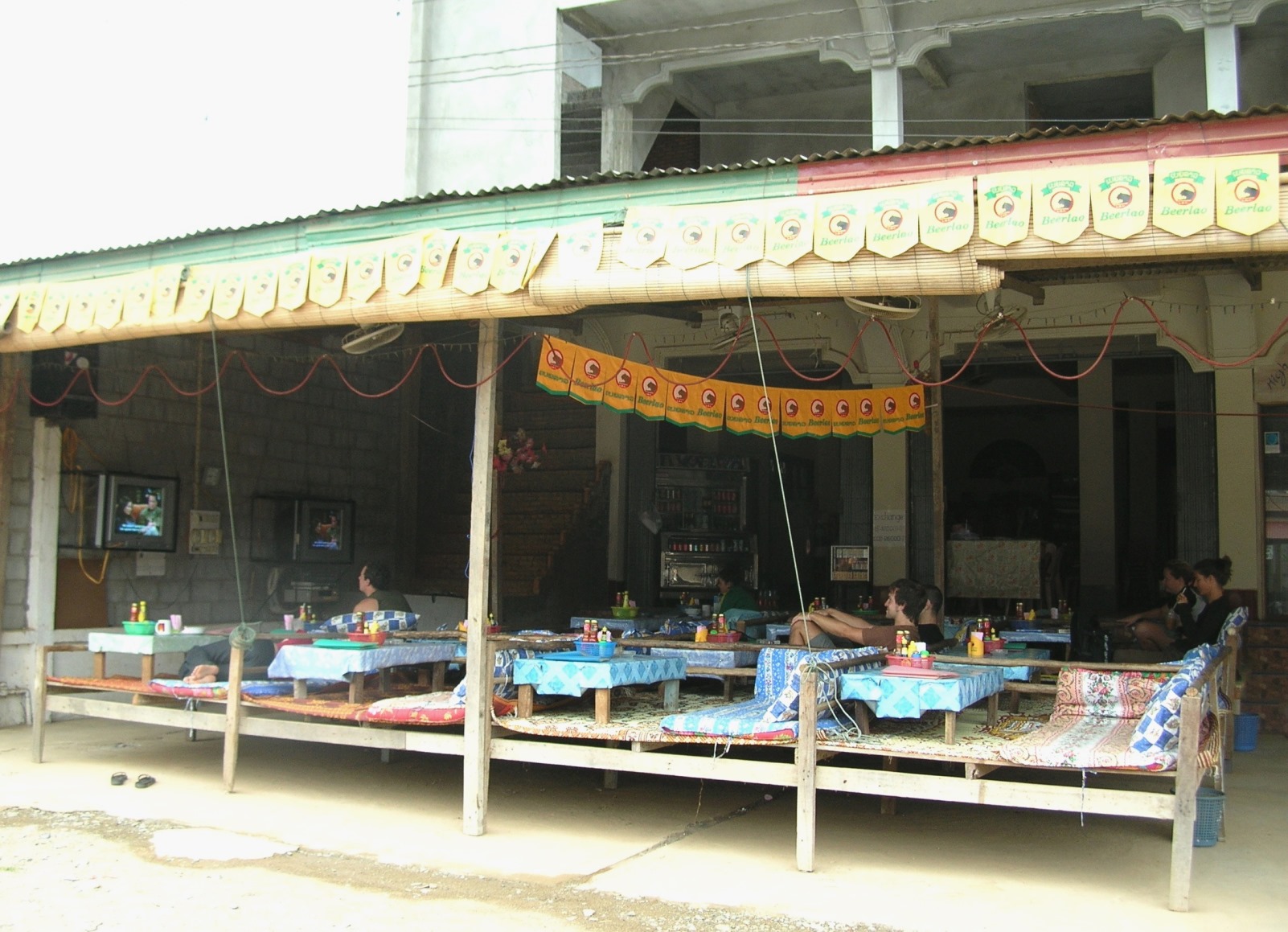 Another interesting thing I did in Vang Vieng was an excursion to some caves. The journey to get there took our small group of backpackers through fields, a village and past a very quizzical monkey before we reached our destination. The caves themselves were tricky — a lot of it was traversed in the crab position (oh yeah, it was WAY beyond limbo) but the reward at the end was swimming with these three bits of trouble waiting to happen. 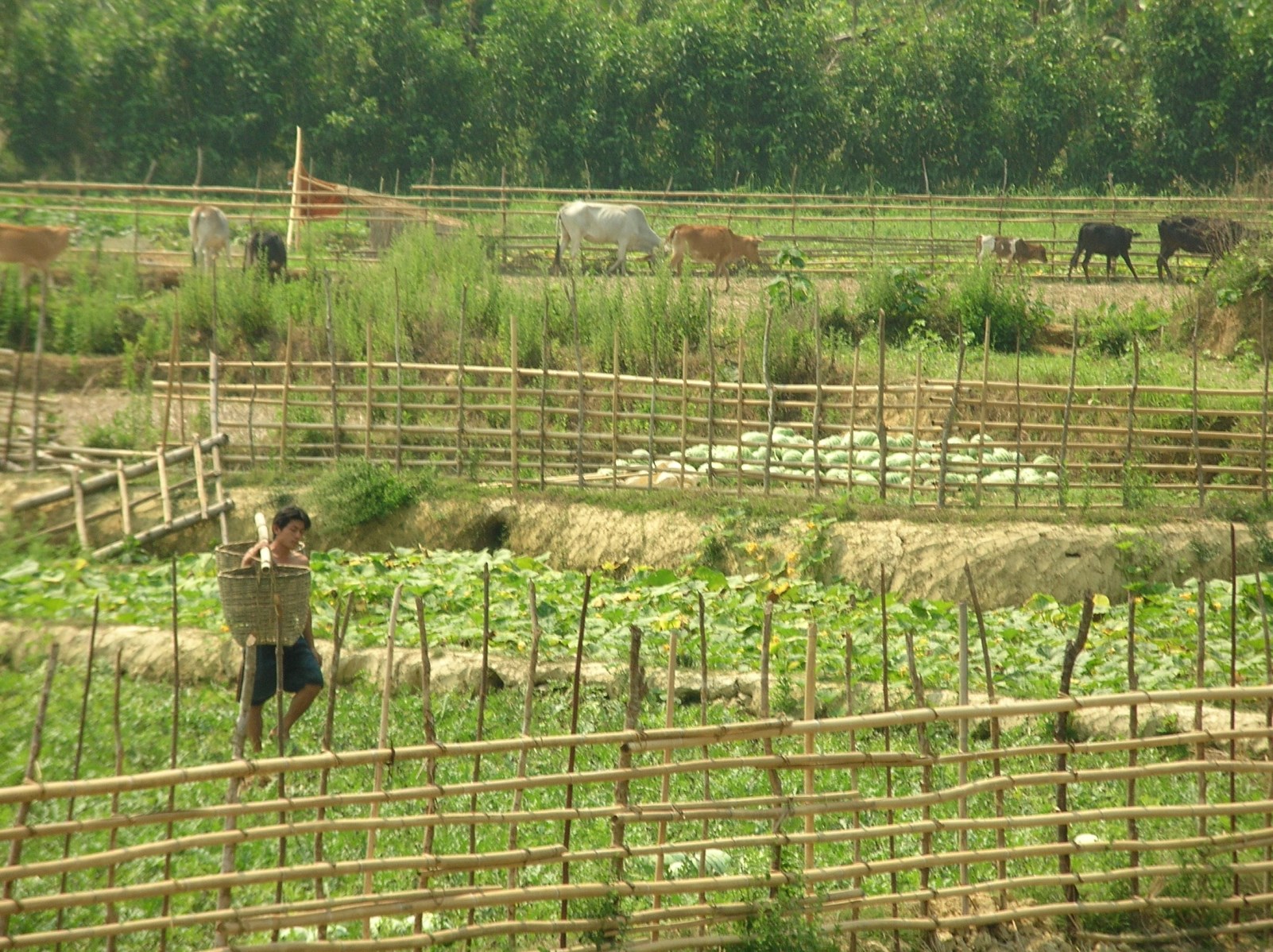 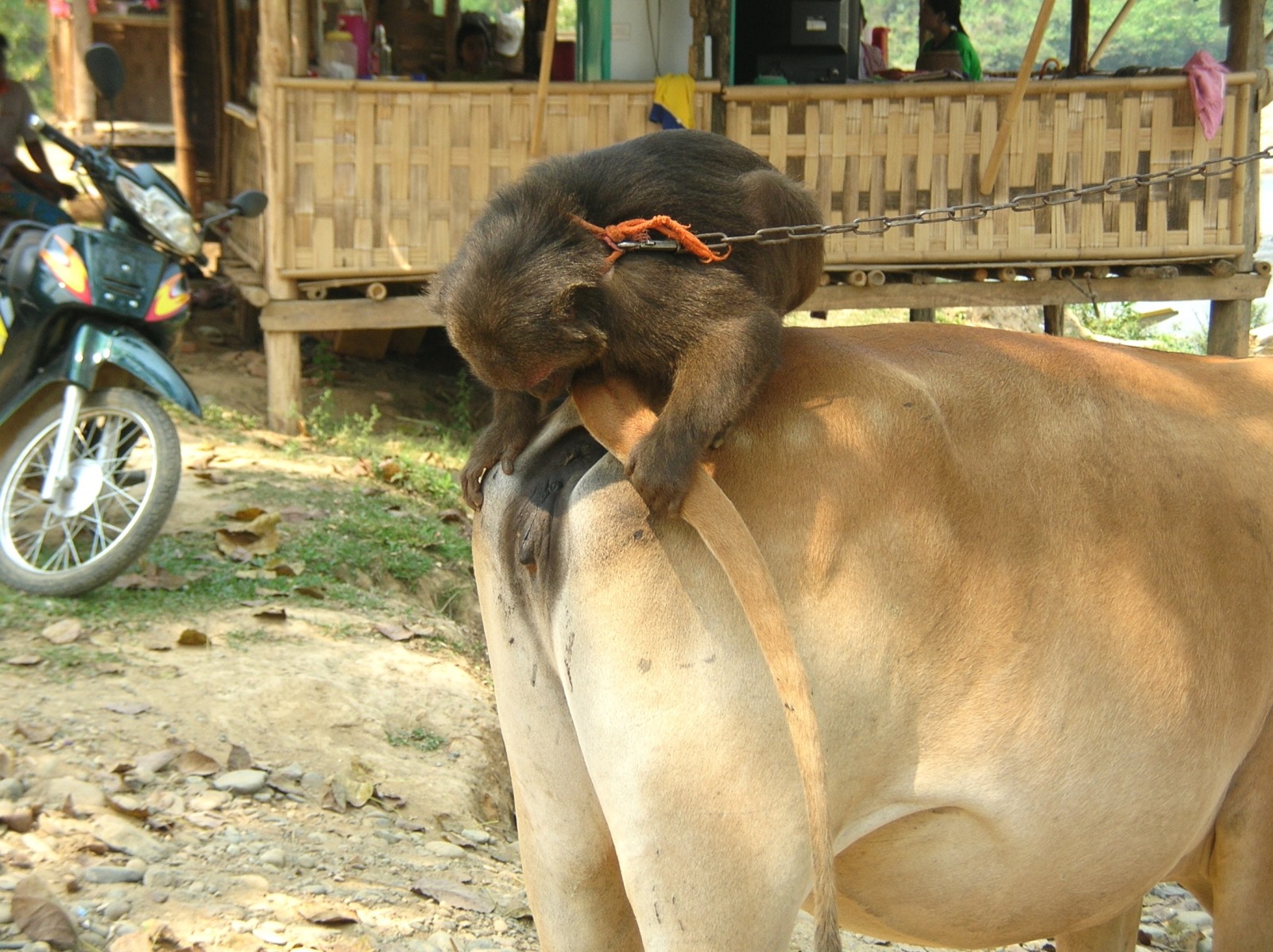 Last stop on this post is Luang Prabang. Known for its many beautiful wats (Buddhist temples), a procession of monks walks the streets to collect alms at dawn every morning. It was a serene sight, and one of the few times in my adult life that I’ve seen sunrise! 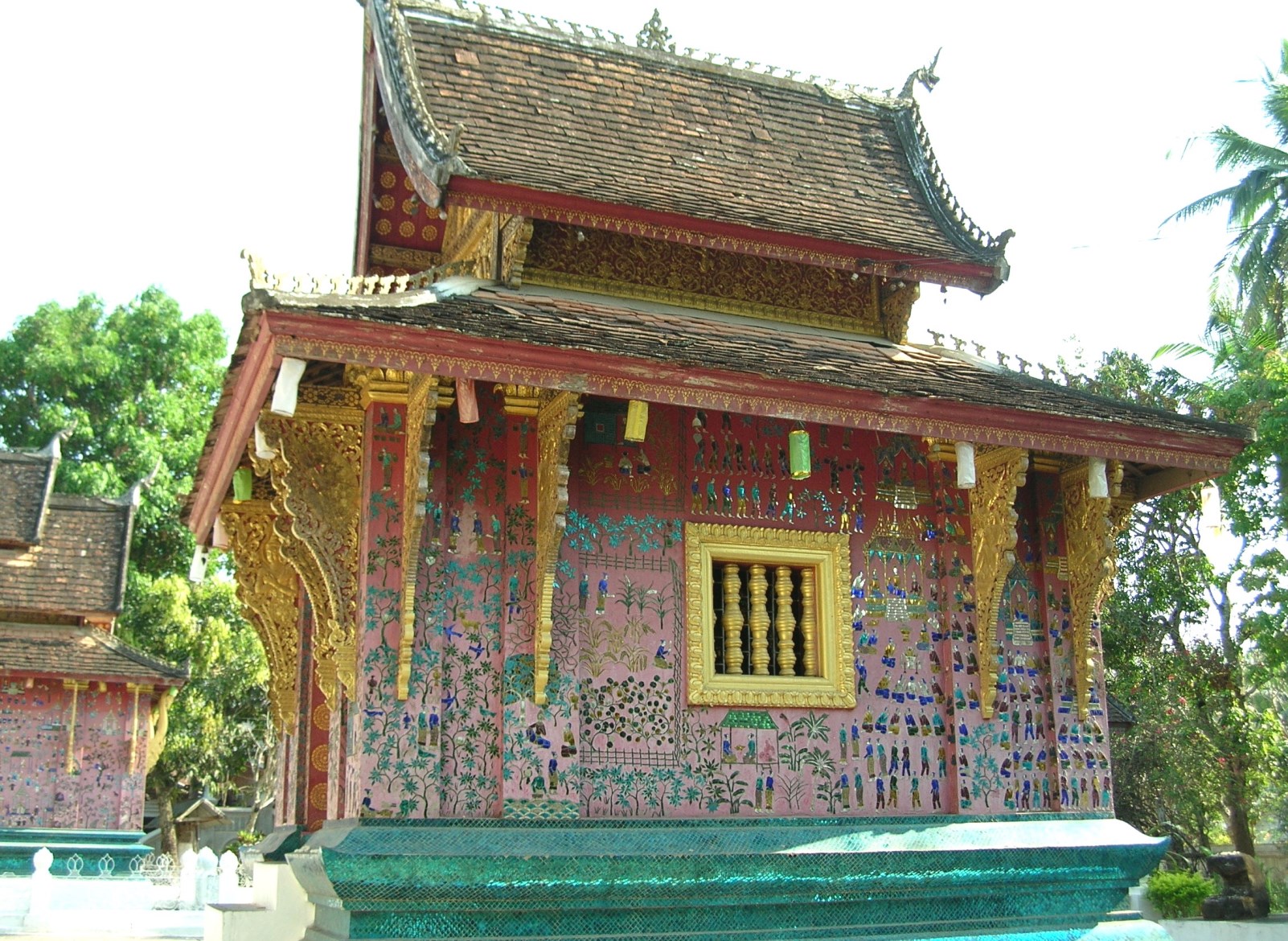 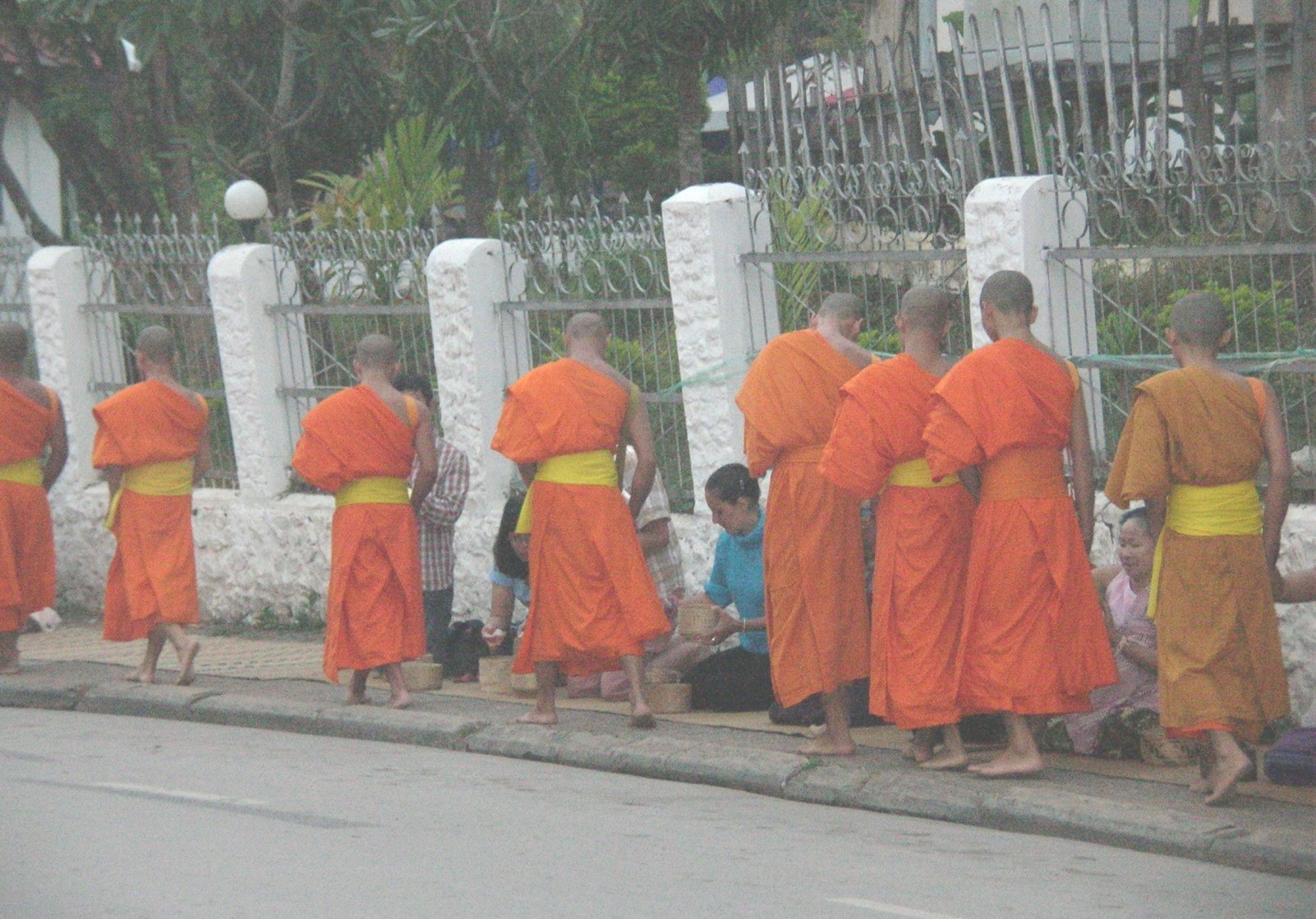 Just happened to bump into Norodom Sihamoni, the King of Cambodia, while at one of the wats. He’s a cutie. 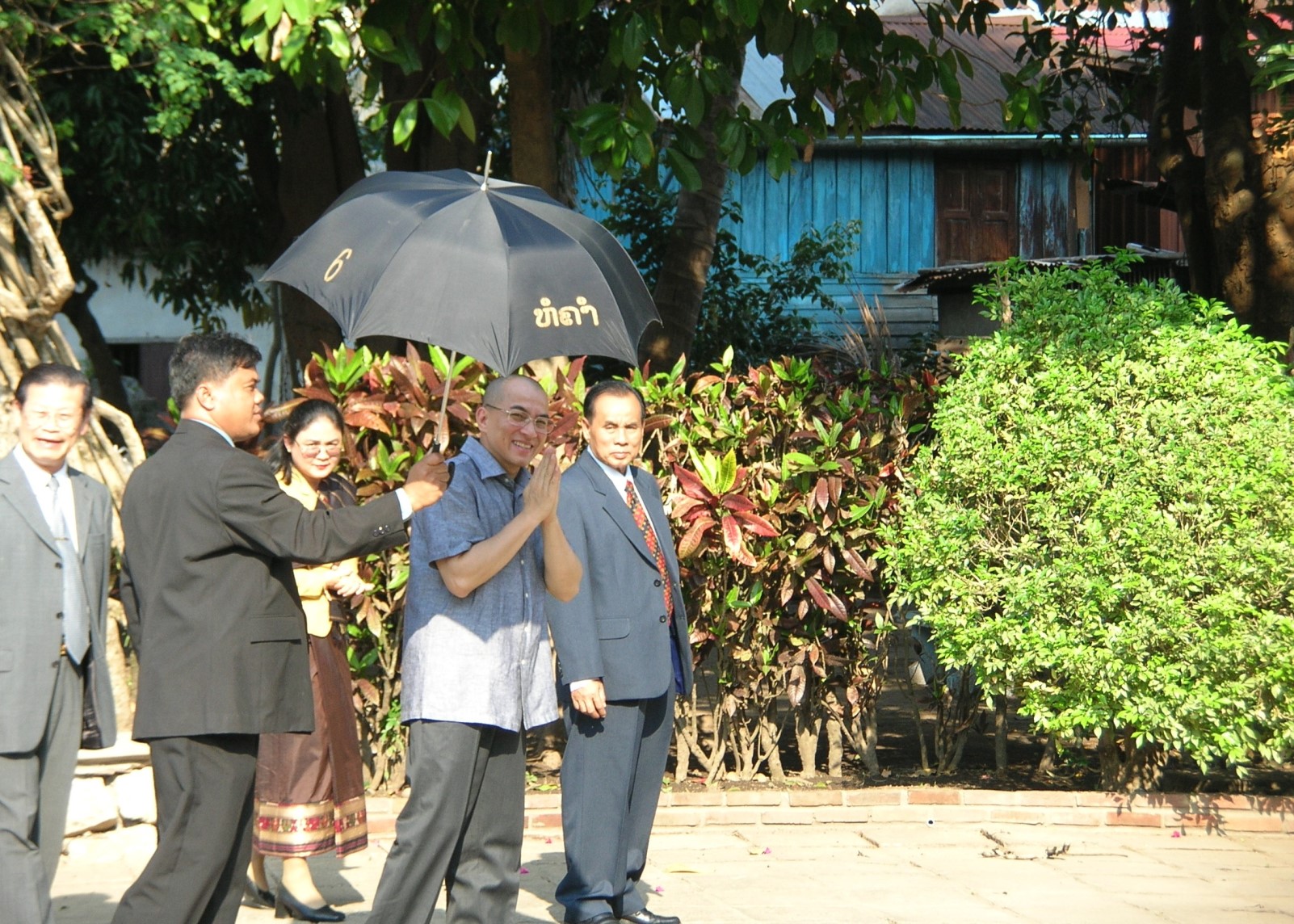 As with Vientiane, I thoroughly enjoyed walking the streets of Luang Prabang. “Places of interest,” phooey, everything’s of interest! 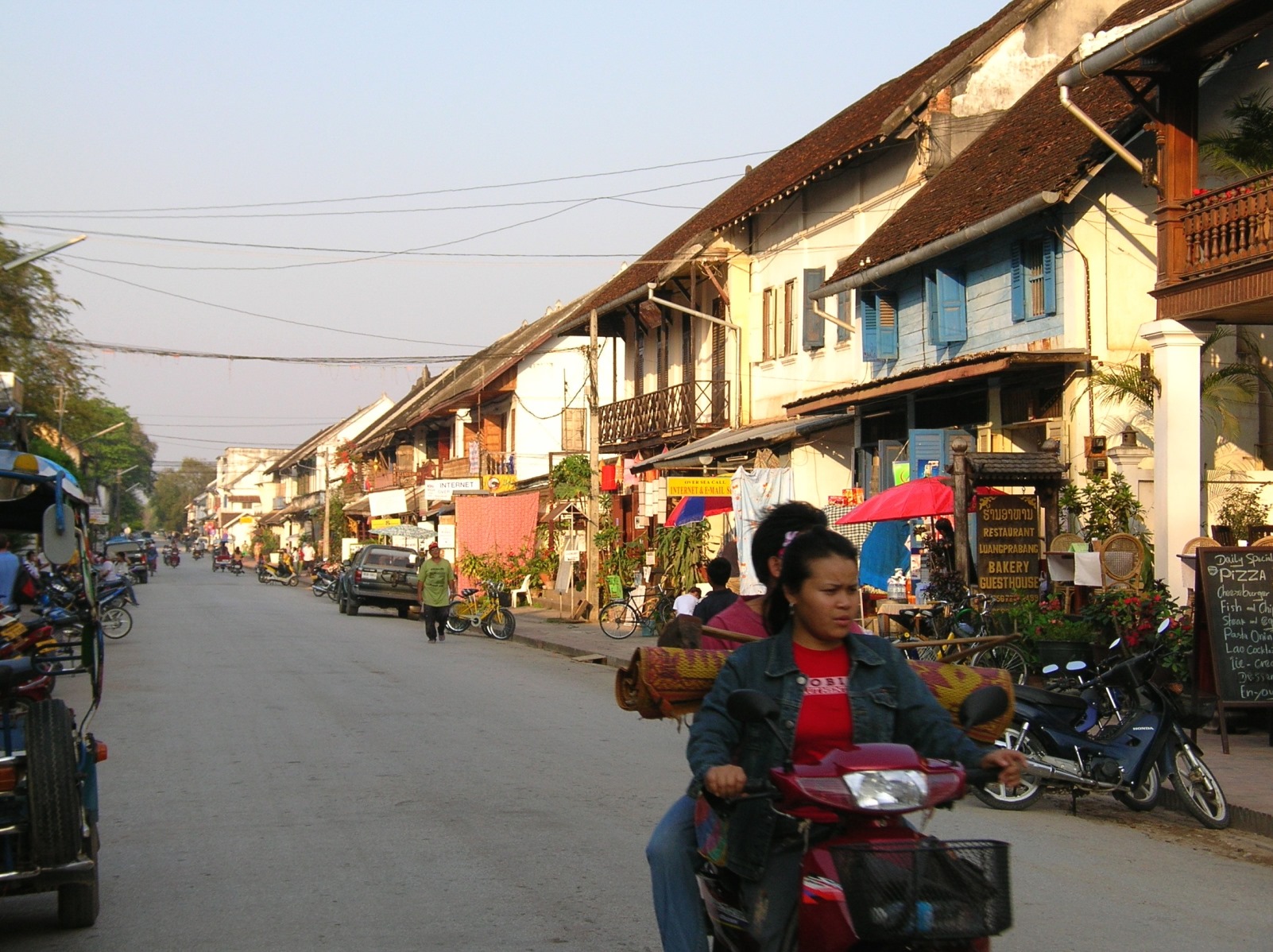 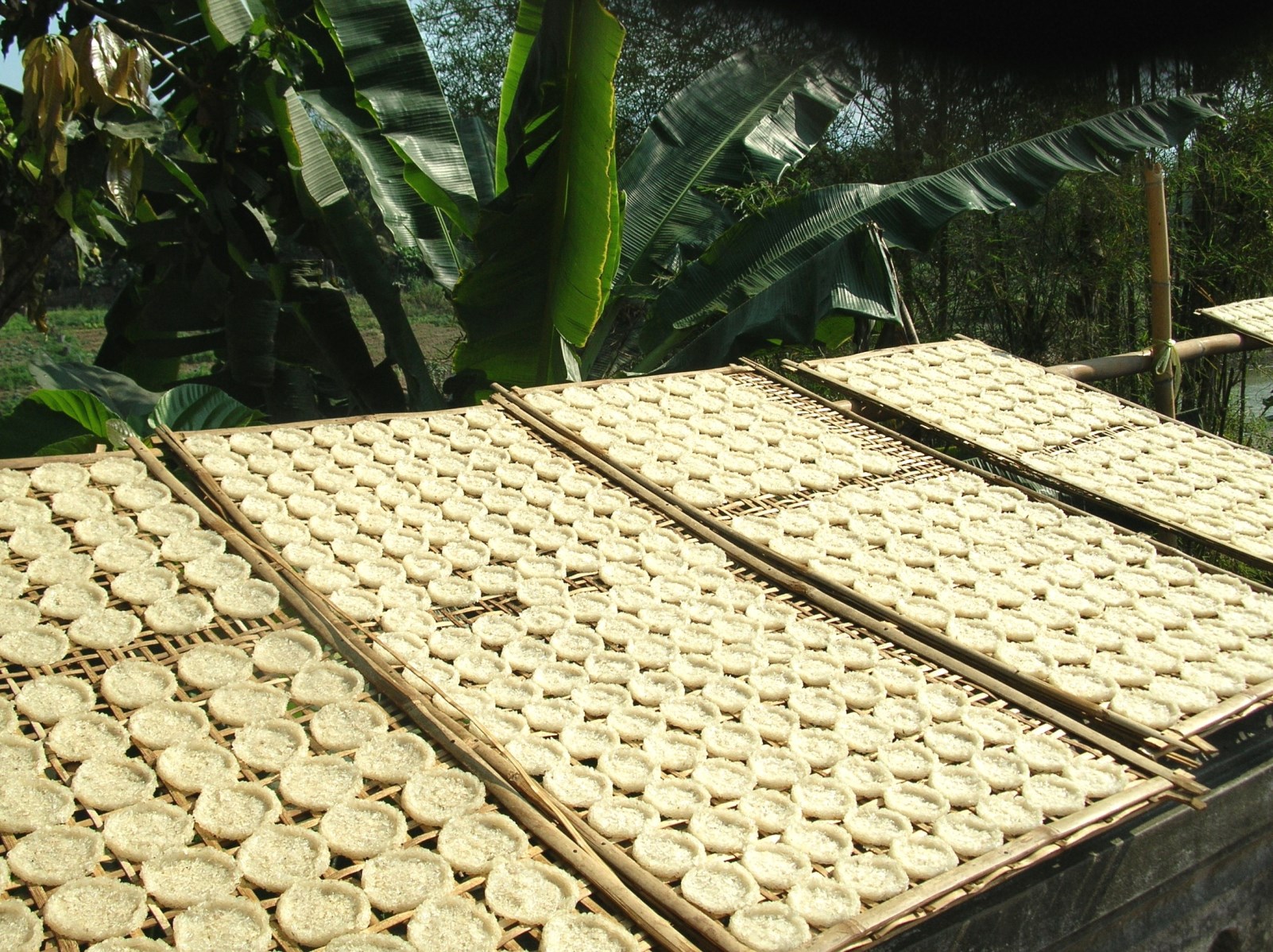 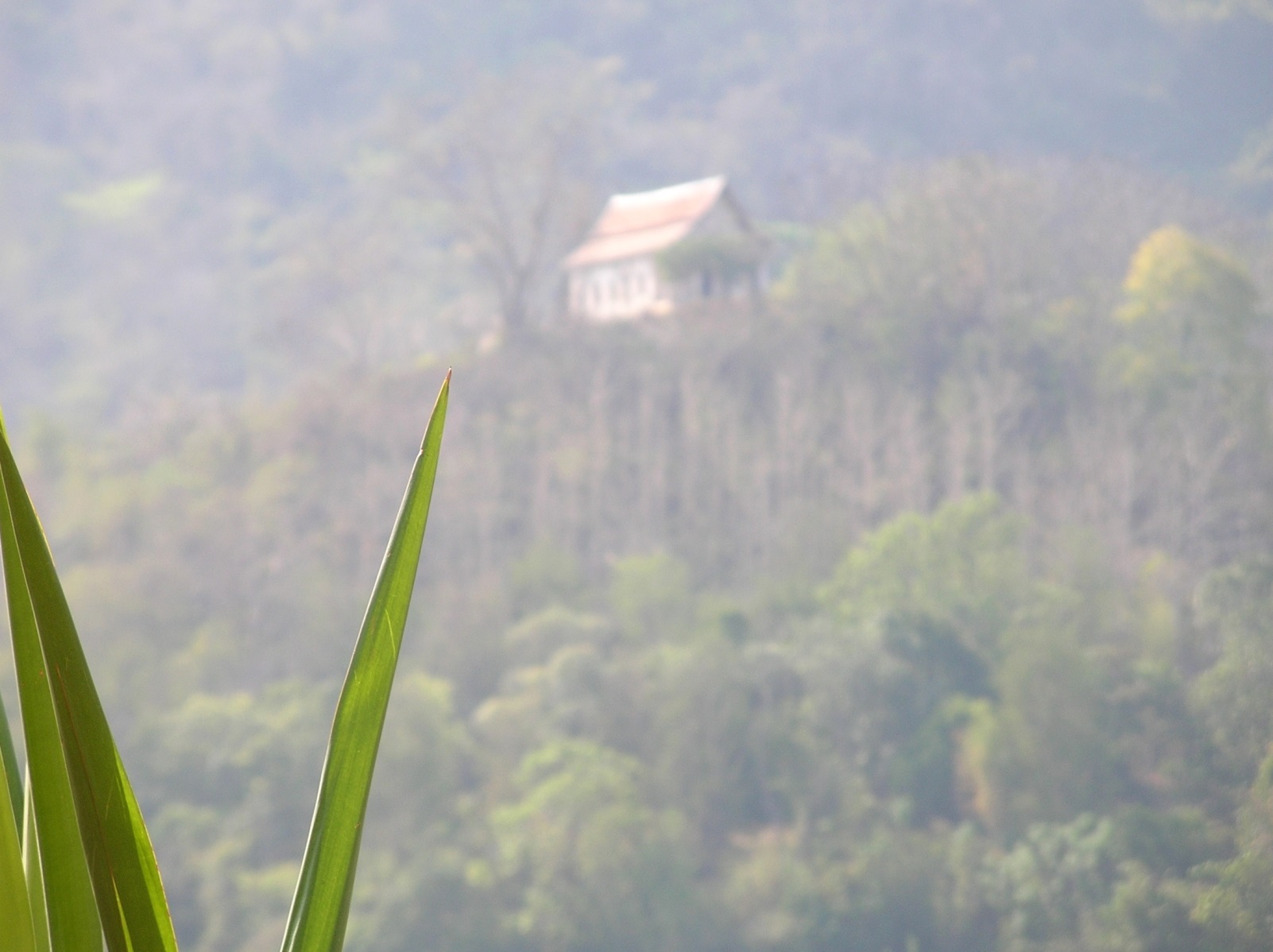 Laos is but one gem in the crown of Southeast Asia (and I absolutely look forward to going to Thailand one day, especially if some of you can suggest places there that are on the low-crowd side). Stay tuned for Laos, Part II.

If you’ve got any trip highlights from Laos or one of the other countries in that region, I’d love if you shared them. And if you liked this post, please subscribe to my blog; there will be many more travel pieces to come, Spiritual Overseer willing.