Many of us have had enough exposure to cardiopulmonary resuscitation (CPR) training over the years that if someone needed CPR, it’s likely we could respond, regardless of the expiry date on that little white certification card. (If you’re not feeling comfortable with that statement, here’s a simple, one-minute video for hands-only CPR that can help.) In the U.S. alone, about 92,000 people are saved by CPR each year. Some are random strangers and some are loved ones; either way, we continue to train in and administer CPR because it saves lives.

Now let’s talk about what to do when a person’s mental health reaches a crisis state. In the wake of such tragedies as the Arizona, Colorado and Connecticut shootings, and with suicide deaths numbering around 30,000 per year in the U.S. (11 times that for attempted suicides), the conversation turns to prevention. We need to stop the tragedy from unfolding. But in the realm of mental illness, do you feel trained to identify the symptoms and equipped to do something to help? And what would the opportunity to have that kind of training mean to you?

Recently, a friend and former colleague of mine, Carol Gales, wrote that she’d completed the Mental Health First Aid course in her home state of Alaska. Although it was the first time I’d ever heard of this public education program, it began in Australia in 2000 and has now been replicated in 14 countries, including England, Scotland, Finland, Canada, Cambodia, Hong Kong, Ireland, Wales, and Singapore. The National Council on Behavioral Health brought it to the U.S. in 2008, and already, more than 100,000 people have been trained across the country.

Geared to help the public identify, understand and respond to signs of mental illnesses and substance use disorders, research evidence is showing that those who trained in mental health first aid have greater confidence in providing help, greater likelihood of advising people to seek professional help, more accord with health professionals about treatments and decreased stigmatizing attitudes. I asked Carol if she could contribute some thoughts on her experience with the course. It is with a measure of sadness and a great appreciation for her openness that I include Carol’s responses here.

You said in an earlier communication that up until this year, you doubt you would have been motivated to attend a class like this. If it’s not too personal, what prompted you to take the Mental Health First Aid course now?

One of my five sisters, a year younger than myself, ended her life in January after what was apparently a period of depression and then psychosis. I knew nothing of any of this until it was all over. When I learned that a mental health first aid course was coming to Nome, I decided to take two days off work to attend the class in hopes of learning more about what might have been going on with my sister, and to learn skills that might equip me to help a family member or friend in case any develop mental illness in the future.

Were there any parts of the course that were uncomfortable for you?

No. Because of my keen desire to understand what happened to my sister, I listened closely, almost greedily, to everything—especially when we were in the chapter on psychosis. I found information that will also be useful to me at work and in other parts of my life, since we all encounter mentally ill people fairly regularly.

What was the most surprising thing you learned?

I was surprised to learn how prevalent mental illness is, and that it can be successfully treated in many, many cases. I was surprised that we were encouraged to openly ask (in a calm, confident manner) a person with mental illness about whether they were contemplating suicide; I had thought that bringing up suicide might plant an idea in a person’s head, but it turns out that asking about it can bring some relief to the person contemplating suicide. The question can also bring out information that could help save the person’s life.

What do you think will be the most useful thing you learned?

We learned a 5-step mental health first aid action plan. The step of which I was least aware was “give encouragement and information”—meaning, share with the person how common mental health problems are, that there are effective treatments, and that the person CAN get through this difficult period. This can give the person some real hope and motivation to seek help. My sister might have benefited from more encouragement and information—though I also learned that people suffering psychosis are the most difficult to help because they often don’t even think they need help, or are very mistrustful of what kind of help they might get.

Would you recommend this class to others?

I would highly recommend this training to everyone. To start with, it seems that all who learn first aid/CPR should also learn mental health first aid—because we are more likely to encounter someone suffering a mental illness crisis than someone undergoing a heart attack. If knowledge of mental health and mental health first aid becomes common, it will help demystify–and thus remove some of the stigma surrounding–mental health issues. In that kind of world, it’s possible that my sister might have been more open to seeking help early, and that there might have been a different outcome for her. 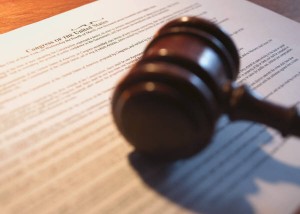 There is currently a bill in the U.S. Senate called the Mental Health First Aid Act of 2013. If passed, it would amend section 520J of the Public Health Service Act to authorize grants for mental health first aid training programs in all of the states.

As always, I welcome your thoughts and stories and am grateful that you’re here. If this post resonates with you, please share it.