‘Mental illness is a disease, just like diabetes or multiple sclerosis, except the organ it attacks is the brain.’ We’ve heard this statement before; it’s an oft-used one in attempts to shift public perception with regard to the origins of mental illness. To me, it sounds like a no-brainer (pun intended), but in some arenas, the struggle to translate this into a practical reality rages on.

In the story, written by Jim Spencer of the Minnesota StarTribune, it’s reported that “mental health parity suits have been filed before… But they are usually individual claims based on state laws.” This most recent case is the first on a class-action level, and the first to point to the relatively-new federal parity law to support its argument.

This case also draws on passages from 2010’s Affordable Healthcare Act (AHA). The AHA states that mental health coverage is an essential benefit, but more importantly, it includes small employers and individual plans in the text (both were left out of the Wellstone law). The U.S. Department of Heath and Human Services estimates that 2.3 million Americans who are insured through the individual market will gain mental health coverage at parity with medical and surgical benefits because of the AHA. 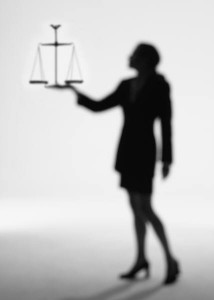 As a self-employed purchaser of individual medical insurance, a consumer of mental health services and an occasional user of the expression, “Well, duh,” I am excitedly anticipating the day in 2014 when the U.S. mental health parity law goes into effect across the board to include all shapes and forms of insurance plans and providers. ‘Small business is the growth engine of America’ is another statement we often hear in this country, and yet with the way the laws have been up until now, the entrepreneurial are the ones who are getting hosed.

Have you had any experience with caps on mental health insurance coverage? Or with differences in coverage from one plan to another?