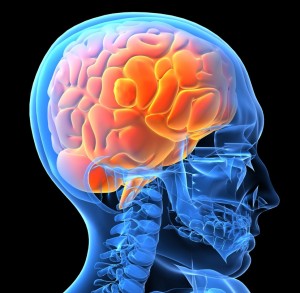 It’s true, we really are wired, and now we have gorgeous, multi-colored images to prove it. Okay, wait, our brains aren’t multi-colored, but the scientists who are creating these brain mapping images figured it’d be easier to sort out what goes with what, kind of like Garanimals, but for bundles of fiber. On a side note, does anyone else think that not making Garanimals for adults is a total missed opportunity? I do, and so does Ellis D. He asked this *exact* question seven years ago on Yahoo! and got nowhere, but I think it deserves far more consideration than it’s thus far been granted.

And THAT, people, is a prime example of why we need this kind of color coding to figure out what the heck is going on in our complex (and in my case, often tangential) brains. This mapping process is made extra tricky by the popular belief that our brain wiring changes after each experience. It’s no wonder people have been having a hard time understanding the causes and treatments for mental illness—we’re presenting researchers with a rapidly moving target!

It must be expensive to do this work, you’re thinking. Well, cha! But in 2011, the U.S. federal government committed $38.5 million over five years to something called the Human Connectome Project (HCP). (Remember last year when I kept using Wayne’s World words and quotes in my blog posts? It’s happening again.)

HCP’s goal is to shed light on connectivity both within the healthy brain, as well as brains which develop disorders such as dyslexia, autism, Alzheimer’s disease and schizophrenia. Its researchers are doing the mapping in vivo, running scans on real, live human beings such as Pallab Ghosh, BBC science correspondent and the writer from whom I first learned about this amazing project. And as Ivan Semeniuk wrote for the Globe and Mail, “Instead of the older, coarser model of the brain as a pastiche of regions that light up when certain tasks are performed, the new panoramic view is closer to the brain’s true nature: a stunningly intricate set of interconnected neural networks.” Woot!

I can’t post the pics as that would be a copyright infringement on my part, but you can see them on HCP’s website, in the BBC story or on the cover of rock band Muse’s 2012 album The 2nd Law. Seriously. And if you haven’t figured it out yet, I’m beyond excited about this research. So much so that it has almost made me forgive the government for cancelling the Space Shuttle program. Almost.