When dealing with a mental illness, sometimes you feel like you come up against a fork in the road; turning left leads to doctors and pills and turning right means you go it ‘alone,’ utilizing a support network of family and friends. Talk therapy can be wonderful, but can also be subject to health insurance restrictions and/or is downright expensive if you don’t have insurance coverage. And while medication is an effective treatment for some, it doesn’t work for everybody and/or you might even see it as a last resort. The alternative of trying to push on through a mental illness on your own might be just the ticket for you, but what if it doesn’t work? 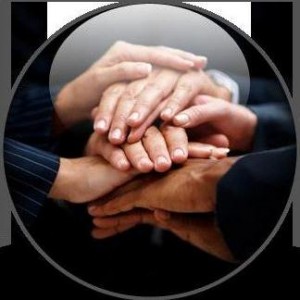 There’s another route, too, and it goes by the name peer-led recovery. Just as it sounds, the treatment approach is facilitated by your peers—other people who have recovered from or still have a mental illness. I first learned about this modality from a fantastic book I read in 2011 called Agnes’s Jacket: A Psychologist’s Search for the Meaning of Madness. There are a number of different organizations across the United States and around the world that set up peer recovery groups, and they can be suitable for a range of disorders, from anxiety and depression to schizophrenia and everything else in between.

Usually, peer group meetings are offered at no cost or a very low cost, and several different formats, and even philosophies, exist. For example, an organization called Recovery International (also referred to as Abraham Low Self-Help Systems, after the doctor who founded it in 1937) offers in-person as well as telephone meetings in a handful of countries, and has tailored some of its program materials for use in high schools and correctional facilities. Western Massachusetts has been a leader in developing and deploying the peer-led model through initiatives such as the Recovery Learning Community (RLC). RLC has also taken over the Hearing Voices Group (previously part of the Freedom Center), which adopts the following as its starting point: “Hearing Voices groups do not pathologize the experience of hearing voices or experiencing other altered states, instead they ask the voice hearer: What do the voices mean to you?” There’s also the brilliant Hearing Voices Network in England. On the West coast of the U.S., there is the Icarus Project, which states that they “are a network of people living with and/or affected by experiences that are commonly diagnosed and labeled as psychiatric conditions. We believe these experiences are mad gifts needing cultivation and care, rather than diseases or disorders.”  And finally, a name that is known to many in the U.S., the National Alliance on Mental Illness (NAMI), has its own peer-to-peer program.

I haven’t gone into detailed description about the credo of each of these resources because they vary widely, and this list is by no means exhaustive. And, as with many such community group meetings, there are no guarantees about the quality of the coffee or the comfort of the chairs. Peer-to-peer support is something to consider, though, if you get to that fork in the road and neither left nor right feels like the right turn for you.

Do you have any thoughts about or experience with peer-led recovery? Or can you contribute to the resources listed in this post? Please share your knowledge (and feel free to comment as ‘Anonymous’ if you prefer).