As part of the Write for the Fight campaign, I invited goddess of words (and my friend, I’m proud to say) Jo VonBargen to answer one of the questions that was asked of the contributors to the book: What would you want said about you on your 80th birthday? Knowing what I know about Jo, I’m not surprised that what she sent back is a moving reflection on life, full of the humility and humanity that she demonstrates every day. Thank you, Jo, for contributing your wise words and helping the Write for the Fight team raise funds for breast cancer research.

I would imagine the first comment would be, “Oh, you’re still here?” Those who know me likely remember how from day one I’ve flopped around on the deck of life like landed trout and how unlikely it is that I survived.

Another would be, “You look so good, darling!” This is how you know you’re old. If you do, indeed, look good, it’s a testament to how well you’ve taken care of yourself. If they add the “darling”, it’s probably a pity gesture. Okay, whatever. Bad hair days don’t get to me anymore. Looks aren’t important. It’s what kind of hair you have inside. I think it was Gary Shandling that said that once.

“You’ve kept yourself in fine shape!” I can only thank the stars that no one managed to pee in my family’s gene pool, I guess. Not to mention my obsession of late with naps and thermostats. But I don’t kid myself. These days no one is interested in seeing my cleavage.

Silly remarks aside, it’s an intriguing question. Having only finally begun to mature in my fifties (with a pitifully long way yet to go), they should be telling me I look thirty! Making the worst possible choice on each life decision tossed my way gave me an incredibly soap opera-ish first half of my time here. Truly I can say there was never a boring moment. I can also say there weren’t very many happy ones, except for my lovely children. Lessons learned, though, were 24 carat. They built my character, compassion and world view and were very hard earned; thus I could never even think about dying early and have all that acquired knowledge wasted.

“You’ve always been such a kind person”, people have said to me. I was trained to be kind from a young age. I believed it. I lived it. But kindness can get you in all sorts of trouble if you don’t practice discernment along with it. Extremely over-sheltered when young, I was clueless about the evil in the world, which is where discernment comes in. They seem to have left that part out. There was also too much “turn the other cheek”. I never had a clue how to defend myself, or even that I had a right to do so.

Only recently I’ve finally had it hammered in that everyone that smiles in your face is not necessarily your friend, or worthy of your attention and “kindness”. It’s a raw truth that has probably been the hardest one for me to absorb, even with all the bloody evidence of my past. On some level, I’ll probably die believing everyone has some good in them.

A friend told me, “Because of you, I learned how to love an imperfect person perfectly.” Another life lesson from Dad, bless him. “You must love even the person who deserves it the least, for that’s the one who needs it the most”, he said. I still believe this, in general, because I truly believe love is the only answer to everything. But in a practical sense, one has to be able to love from afar and not get so tangled up with the undeserving that you both drown. This is still a daily struggle for me, because I automatically think of their needs, ignoring my own. Millions of women do the very same thing, every day.

I suppose I could write on this subject endlessly, but to put a fine end point on it, perhaps the most important thing anyone might say is, “I could always trust you. You kept your word.” Trust has to be the foundation of any relationship, doesn’t it? Indeed. There was a time when a person’s word was his/her bond. The ability to keep what someone tells you completely confidential is another aspect of that trust. I learned these things from my father as well. I think he would have been so proud that I eventually took it all to heart, and be very surprised that I made it all the way to eighty! 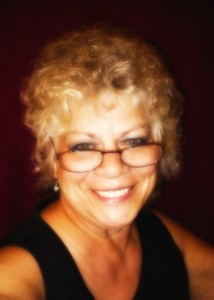 Jo VonBargen is a Texas author and poet (the Two-Bit Bard) writing about human spirit in order to light a candle in the shadowy places where truth sometimes hides. Posted on the blog are stories, articles, books and poetry, various pieces from her body of work over 30 years’ time. Her proudest accomplishments, without doubt, are her four children, now grown, all of them joyous, compassionate and self-sustaining, and none of them in jail. All else is vapor, soon gone.

See books by Jo VonBargen on the author’s page at Amazon. Her website is at http://twobitbard.weebly.com/ and you can find her on Twitter, too.

Booktrope Publishing’s 2012 anthology Write for the Fight: A Collection of Seasonal Essays was released as an e-book on March 5 at BarnesandNoble.com and on April 6 at Amazon.com. It will be available in paperback later this month. Co-authored by Tess Hardwick and Tracey M. Hansen, it includes essays from a total of 13 writers. All author royalties will be donated to the National Breast Cancer Foundation.