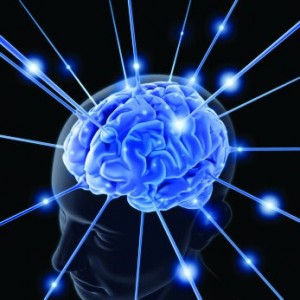 What is going on in our bellies may matter more than we knew to our brains. Two interesting depression-related studies were reported earlier this year: the first links depression to inflammation, the second researches depression in the context of the “gut-brain axis.”

A summary of the inflammation research is found in The Guardian, under the title “Is Depression a Kind of Allergic Reaction?” To me, the title is misleading. People can have allergies to all kinds of foods. Inflammation, however—and possibly the associated depression—is caused by crap food. You want to live on starchy carbs and processed foods? Then you are going to puff out like a condom-turned-balloon in the hands of a ten-year-old. Fill your face with things that are fresh, raw and unprocessed and you will fare much better, as I first wrote about in this post on brain food.

The Guardian article also suggests, rather hopefully, that a shift in the perception of depression from being a mental illness to a physical one could relieve the ongoing stigma that is attached to the illness. Author Caroline Williams writes, “This time, though, the target is not any kind of brain or mind-based weakness but a basic feature of everyone’s body that could strike anyone down given the right – or wrong – turn of events. And if that doesn’t inspire a greater sympathy and understanding, then nothing will.” I like the idea of our society arriving at a place where depression no longer carries stigma, but the mind vs. body debate does still seem to be infused with discrimination in that it categorizes a body illness as more acceptable than a brain illness in the first place. How about compassion for all?

First things first, though: let’s focus on keeping our bodies and brains healthy through better diet. And possibly add in oral supplements of omega 3 oil and curcumin, both known to have anti-inflammatory effects. I’ve been working on diet improvement for two years now. Do I see a difference? Unequivocally, YES.

On to the gut-brain axis, which is decidedly less evil and more scientific than the axis between Iran, Iraq and North Korea that George W. Bush introduced in back in ’02. Phew. Good on it, I say.

Scientific American published Charles Schmidt’s article “Mental Health May Depend on Creatures in the Gut” in February, which points out that this idea goes back more than a hundred years. More recently, oodles of studies have been conducted using mice, with some pretty amazing results. For example, mice injected with the gut microbiomes of humans with mood disorders soon start to exhibit the same behaviors. Translated into mice-world stuff, this meant they began exhibiting anxiety over jumping down from one platform to another, which leaves me wondering: if humans with mood disorders were injected with healthy mice microbiomes, would they eventually become Olympic-level divers?

One of my favorite parts of this article is delivered via the research of John Cryan, a neuroscientist at University College Cork in Ireland. He recently published a study in which two varieties of Bifidobacterium produced by his lab were more effective than escitalopram (the antidepressant Lexapro) at treating anxious and depressive behavior in a lab mouse strain known for pathological anxiety. Hurray, make way for the development of psychobiotics, live organisms comprised not only of probiotics but also other bacteria known to produce psychotropic signals such as serotonin and dopamine. The research has a ways to go yet, so in the meantime, a good quality brand of probiotics from your local vitamin shop could go a long way to making you feel better, in both body and brain.

Have you experimented with diet change and/or the use of supplements for the benefit of your mood? I’d love to hear from you!