My six nights in the West End village of Roatan (Feb.7 to Feb.13) were pretty low key, but then again, ‘tis what I desired out of the experience. I’m not one to hang out in bars by myself anyway. Not anymore, at least.

Low key meant that I also didn’t move my butt around the island very much. Snorkeling gear rentals were done on a 24-hour basis, so one afternoon I paid my five bucks (and $20 US deposit) and took a water taxi over to West Bay, about a ten-minute boat ride away. It was a lovely beach, as the books had all promised, however it was apparently a cruise-ship day, and was absolutely teeming with people wearing orange, turquoise or yellow wristbands. And then, at about 3 o’clock, poof, they vanished, and the beach was empty. It cleared out so quickly that I actually had a fright for a moment. Was there some impending storm or disaster that everyone knew about except me?
Although the coral was pretty trashed in West Bay, there were loads of fish and the water was calm, clear and shallow. This blog post will hence be devoted to fishy photos from there and my next-day’s snorkel in Half Moon Bay (West End). The slightly blurry barracuda photo taken at the end was done using a zoom; although incidents of barracudas biting humans are relatively low, I certainly didn’t want to get in his face!
For the remainder of my time on Roatan, I wandered back and forth between my porch at the Mariposa Lodge, and the West End village and beach. The village had a good selection of restaurants, but I usually opted for some version of street food, either baleadas at a wooden stand, or gringas (which, in addition to ‘white woman’ also means taco) with grilled meat and cheese inside, eaten at a picnic table. One night I dined at one of the higher-end restaurants in town, the Lighthouse, so that I could try their conch soup. Since I got the appetizer size, it only set me back three dollars. They had a primo location right over the water, so it was a nice place to take in a sunset.

A consistent theme that I heard from the locals was that the West End had become really built up in the last 12-15 years. Indeed, there were boutiques, restaurants and gift shops along the main road that would have fit perfectly in Southern California or parts of Florida. It was only about five years ago that electricity became available throughout Roatan, according to the owner of the Mariposa Lodge. Somehow, though, the West End has kept its Caribbean village charm. The main road through the West End was still dirt, and heavily potholed dirt, at that. The demographic of visitors to the beach was higher for Hondurans than foreigners, and there were enough local institutions mixed in with the tourist shops to provide glimpses into everyday Roatanian’s lives. I was a bit put off by the touristy nature of the West End when I first arrived, but after a couple of days, I slipped into the groove and realized that it was far from overdone. 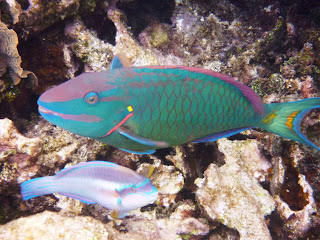 I like to call this one the ‘fish of my youth,’ as its colors reflect exactly how I dressed in 1986. Good times. 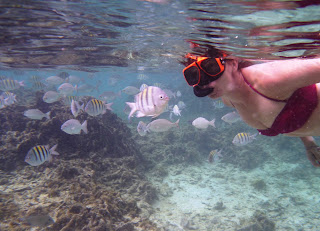 Somebody there might have thought that he was going to get fed… . Not from me, dude! 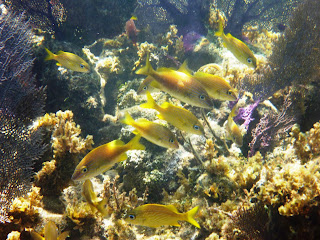 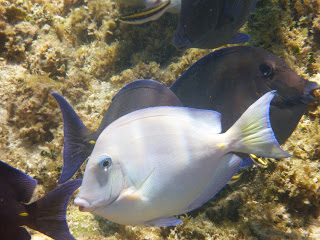 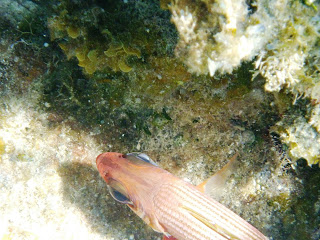 That last one had some pretty bulgy eyeballs, don’tcha think? 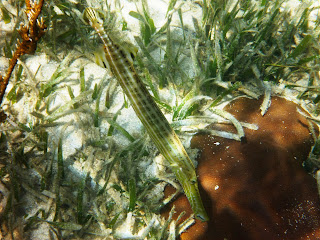 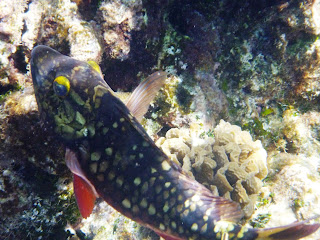 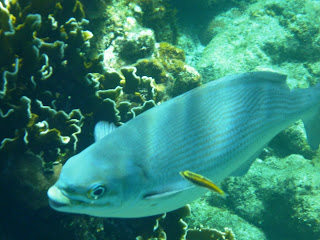 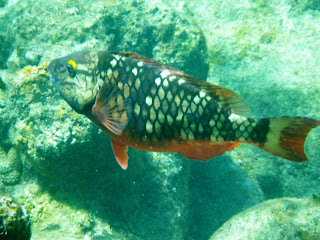 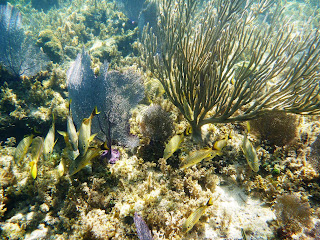 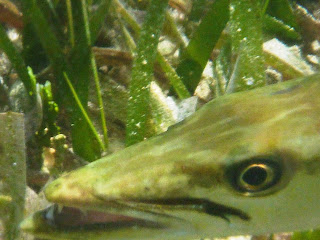