Going to sling one final post at you with information on the condition known as “sensory defensiveness.” If you haven’t heard about this condition, you can find the basics in my introductory post on what it means to be sensory defensive. The first batch of tips and tools are in this Part I post.

Today, I’m covering the last part of Dr. Sharon Heller’s book Too Loud, Too Bright, Too Fast, Too Tight. The reason I’ve devoted three posts to sensory defensiveness is because I suspect there are more of us walking around with it than we realize. I hadn’t heard of it until recently, but boy, do some of the triggers resonate! And as I mentioned in Part I, even if you’re not sensory defensive, Dr. Heller’s tools are helpful all the way around for living well, and living well means living healthy and living long.

These points are taken from the section titled “Removing Treatment Obstacles.”

Some of the practices listed above might be foreign and freaky sounding to you, as they were to me. I felt it was important to list them because each one works differently, although sometimes the differences are subtle. But because they are different, they also work well together, as part of an integrated approach. Just trust me on this. The more you play in this sandbox, the more you’ll find yourself dipping your toes into multiple pools (and yes, I freaking LOVE mixing my metaphors).

If your mind and body are suffering a little or a lot, these practices are worth exploring. And don’t be discouraged if sometimes it feels like the changes are too big to handle. Bite off a bit at a time, and course correct as needed. Wellness is a continual journey, because your body is always changing.

Are any of these tools your personal faves, or on your to-do list? What has your experience with them been?

I’m currently reading a book called Too Loud, Too Bright, Too Fast, Too Tight by Sharon Heller. Sounds like erotica, I know, but it’s actually about what it’s like to be a sensory defensive person in the world, and how to cope. My coach recommended it a few weeks ago after I told her how spending a half day in a noisy, busy hair academy (chosen because it was cheap), getting my gray colored over AND foils AND a haircut, left me completely shattered. My plan had been to go to my office afterward and work for the rest of the day, but when I got there, I lay curled in fetal position on my beanbag chair for 30 minutes before I could even attempt to look at words on a page. I considered shaving my head and getting a nice wig, rather than ever go through that kind of torture again (I have way too much hair; the foils pushed me over the edge).

A surge of books and articles have been written recently about what it means to be an introvert; as it turns out, the concept has historically been rather misunderstood, so the material filled an information need. It helped a lot of people, me included, understand why we have no problem engaging with groups of people—leading meetings, facilitating workshops, public speaking, etc.—but then require anywhere between hours and days of quiet time to restore our energy balance. Many of us have also heard of highly sensitive people (HSPs), a term introduced by Dr. Elaine Aron in 1996. But sensory defensive? That’s a term we don’t see kicked around as much, even though it has been around since the 1960s (although called “tactile defensive” until the 1980s).

As defined by Dr. Heller, “sensory defensiveness is a condition that encompasses a constellation of symptoms, including tension, anxiety, avoidance, stress, anger, and even violence, that result from aversive or defensive reactions to what most people consider nonirritating stimuli.” The stimuli can include anything from irritation to tags in clothing, to touching dirt, to an aversion to cutting your nails, to getting carsick.

There’s some science behind why some people can find themselves with this condition. Three particularly important senses are involved, and those are the “proximal,” which tell you what’s going on inside your own body: 1) the tactile system, responsible for information on touch, pain, temperature and pressure, 2) the vestibular system, which involves inner ear structures and is used to detect movement and changes in the position of your head and 3) the proprioceptive system, which provides feedback from your muscles, joints, and tendons that enables you to know your body’s position in space. Then, these three sensory systems send messages to the three parts of your brain: 1) the brain stem, or primitive brain, 2) the limbic system, or emotional brain, and 3) the neocortex, or thinking brain. 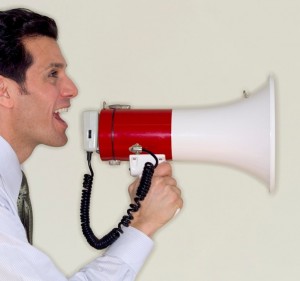 When integration is lacking between the proximal systems, and/or connectivity blips in the three brain parts make it difficult for the brain to organize the inputs from the proximal systems, you find people who are sensory defensive. This isn’t to say that the other senses – touch, vision, hearing, smell and taste – aren’t also involved. Oh yes, throw them all into the sensory defensive stew!

From the reading I’ve done about introverts, HSPs, empaths, people with anxiety disorder, and the sensory defensive condition, there is an unsurprising amount of overlap in symptoms and traits. In fact, sensory defensiveness is often misdiagnosed as anxiety, Heller writes. And, it largely boils down to one core concept: our brains receive and process signals differently, then tell our bodies how to respond. For whatever reason—biological, environmental, psychological—some people’s brains and bodies respond in a more dramatic way than others. That could range from having physiological reactions of nausea, headaches, etc. to stimuli such as light, smells, and touch, all the way to a fight-or-flight cortisol spree, which, while unpleasant at the moment of occurrence, also has long-term health implications.

Having read about a third of the book so far, I’m not convinced either way yet as to whether I’m sensory defensive or not, and while I may be, I’d certainly fall in the “mild” category in terms of symptoms (some with this condition find things such as the sound of a bag of potato chips being opened excruciating!). However, I’m about to get into the tips and tricks section for how to cope as a sensory defensive in a stimulating world, and given that I do know I’m an introverted empath who has had anxiety disorder, something tells me the information will be useful in some capacity or another! I will be sure to share the highlights in a future blog post.

Have you had experience with sensory defensiveness, or any of the other conditions I’ve listed? Whether diagnosis-driven or anecdotal, I’m interested to hear stories of your experience in a world that can feel too loud, too bright, too fast, too tight.