Not long ago, I read an excerpt from Anthony William’s book Medical Medium (Hay House, 2015). The chapter, titled “Epstein-Barr Virus, Chronic Fatigue Syndrome and Fibromyalgia,” starts out with a bang.

“The Epstein-Barr virus (EBV) has created a secret epidemic. Out of the roughly 320 million people in the U.S., over 225 million Americans have some form of EBV.”

Before reading this book chapter, if someone had played the word association game with me and said “Epstein-Barr,” my response would have been “mono,” as in mononucleosis (and then if they said “Christmas,” I would have said “The Pogues,” but that’s another story). In relation to EBV, that’s the only response I could have given, the only association I knew. But according to Williams, that’s merely Stage Two EBV. In its other three stages, it lives on inside us, either hanging around, waiting for the opportune time to mess around, or, in its more diabolical stages, acting as the catalyst for all sorts of ailments and diseases, from tinnitus to thyroid disorders to an inflamed liver or spleen.

As the chapter title suggests, EBV has also been linked to chronic fatigue syndrome and fibromyalgia, two highly mysterious and misunderstood illnesses. As I know a few people who suffer from symptoms that have thus far been undiagnosed, I emailed the article off to them, thinking it might shine some new light. Imagine my surprise when, days later, I visited my naturopath and we went over some recent blood test results. There, in huge, glaring numbers, were the indicators of my wildly reactivated Epstein-Barr virus. In fact, the numbers were so high that it seems the bugger has been holding a party for quite some time, keeping the noise level just low enough that nobody got ‘round to calling the cops. (If you are interested in the test names, ranges and my results, I’ve listed those at the bottom of this post.) 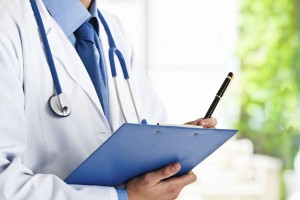 My doc immediately put me on some antiviral meds: one is a homeopathic immune system booster, the other is Valtrex, the herpes drug (and yes, when the pharmacy tech noticed what it was as she handed it over, she did jolt to a stop and stutter for a second. Stigma abounds, even with professionals). That was a month ago, and I expect to be on them for a while. And do I feel better? Well, that begs a different question: how did I feel to begin with?

That’s where it helps to examine what your normal looks like. If I’ve had a reactivated EBV for a while, then maybe my normal—the one I’d grown used to—is out of whack, and I could potentially expect a better and new normal. Prior to this diagnosis, I wasn’t complaining of anything seriously wrong with me, but I wasn’t jumping up and down with boundless energy, either. My common refrain was, “I feel like for someone of my age and fitness level, I should have more energy.” I had my thyroid tested, and it came out normal. I had my cortisol levels tested: also normal. All the other things on my blood panel were fine. So, can someone have a reactivated EBV piggybacking on their immune system and still be within standard testing ranges on common diagnostic tests?

As you might imagine, not everyone believes that a reactivated Epstein-Barr virus is linked to all of the maladies that William lists. (For those grounded in science, hearing about it from a book called Medical Medium, as in “Spirit tells me what’s wrong with you,” is sure to raise eyebrows.) As for the question I posed in the title of this post, I’m not even going to try to offer an answer. What I’m learning through my own personal health journey, however, is that the human body is far more complex than we give it time or credit for, and sometimes, accepting your state of wellness as being as good as it gets might be too narrow an interpretation of normal.

You’ve got just one life in this very complicated body, and if it’s been running on three cylinders for a while, it may require a long and sustained recovery period before you begin to glimpse a golden horizon. To set off on that journey, it helps if you park your skepticism (and that of others, trained professionals or not), take the time to listen, learn and notice, and see where it leads you. I’ve parked mine, and I’ll continue to treat this reactivated EBV and see what happens. I don’t expect to run a marathon, but a little more get-up-and-go would be swell. And at least the herpes drug is cheap.

As an adult, have you ever been tested or treated for EBV reactivation? And if you had it, what was it like for you?

Postscript: here are the names of the tests, the standard ranges, and my results.

It has been a year since I first wrote this post, and I have a few things to add. First off, after taking an antiviral all year, my EBV numbers went up. Higher. Worse. My doctor is attributing this to the fact that I had a chronic bacterial sinus infection, sinus surgery in August and nasal valve repair surgery in Nov. It’s hard to heal a virus when your body is still being beaten up.

Also to note, in November 2016, the National Institutes of Health (NIH), a federal government organization, added Epstein-Barr virus (EBV) to its most recent update of known human carcinogens.

Hi folks! Since the last update, I’ve felt better, and then worse, and better, and worse. I didn’t re-test for almost two years, and my doctor continued to treat based on symptoms. As I continue to have significant fatigue, we just revamped a new treatment plan that essentially consists of four things and is based on the muscle testing that she did with me (i.e. your responses might be different). 1) I’m back on Valacyclovir, 2) I’m taking Holy Basil, 3) I’ve got an Isatis and white peony tincture, and 4) I’m back on Lauricidin.

In addition, I’m taking a new/different kind of probiotic, and continuing with spirulina.

As for test results, they went down from my last round of testing, but are still showing active EBV.