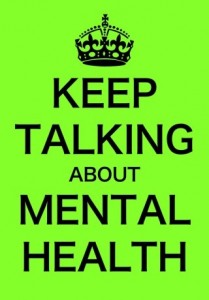 When the team at Joyable kicked off development for its web app in 2013, its founders knew two things (well, they probably knew more things than that, but these are the two that are relevant here):

Founders Steve Marks and Peter Shalek decided to tackle this by making online CBT accessible, convenient and affordable, and to start with an app that targeted anxiety disorders. Launched in March 2015, Joyable’s early results–both number of people signed up and positive outcomes–are promising: They state that 90% of clients see a reduction in their anxiety.

The current set-up is slick. The app is salmon pink, probably because research says it’s a happy color or something (also, if you are trying to lose weight, put your food on a blue plate and you won’t eat so much. Crazy, hey?). So, yeah, salmon pink, and super easy to use. It steps you through the CBT process of identifying the situation that made you anxious, describing the thoughts you had around it, and then challenging those thoughts, all wrapped up in a series of self-paced, interactive exercises.

It seems pretty basic, right? But what happens after a CBT session at a therapist’s office, or when you read a self-help book, and then you go out into the world? You forget to practice what you’ve learned! And before you know it, you’re hightailing it out of that class or meeting or party, feeling like a total dweeb, and you don’t know who to call, or your next therapist appointment isn’t for another month. 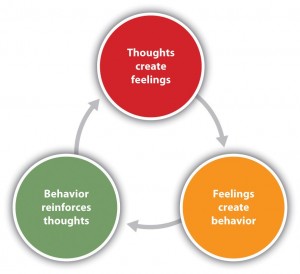 Ta-da! Joyable to the rescue. When you sign up, you are assigned a coach who is trained in CBT. They offer support and keep you engaged with the app, and, frankly, keep you accountable. In order to make a new thought process stick, you have to willfully invoke it for a while before it becomes an automatic deal. If you know someone is going to be asking about your week and if you practiced CBT techniques in an anxious situation, heck, you’re going to try harder.

I should mention that Joyable isn’t branding itself as a replacement for in-person talk therapy. Rather, it allows that it can be used to complement in-person therapy, or on its own. The recommended treatment period is three months, and while you can sign up for a month for $99, if you purchase three, the cost goes down to $239. Convert that to pounds sterling or euros and it’s almost free! (I mention that because last I heard, there was a two- to three-year wait to get in-person CBT in the UK.)

Last week, the company announced it had received another $8 million in funding to expand its offerings (it raised $2 million around the time of launch). They hope to one day have online solutions for obsessive compulsive disorder, post-traumatic stress disorder and depression, too. If you want to read more, here’s an excellent article in The Atlantic: The Startup That Wants to Cure Social Anxiety.

If I sound like a fan of Joyable, well, I guess I kind of am. I haven’t used it (way back in my days of harsh social anxiety, I leaned on benzodiazepines, because there was no Joyable). They’re not paying me for an endorsement. I just think it’s a fan-freaking-tastic idea. Technology for good. And offering a quiet, private, economical and easy way for people who are suffering to feel better seems quite a likeable thing. Or is it just me?

What do you think of Joyable, or just about the idea of online cognitive behavioral therapy? Yay or nay?