We’re pulling from the travel photo time capsule this week, and visiting Turkey. But remind me which century we’re in?

Nationality of subject: If he’s not British, I’ll do 50 somersaults in a row

He used to have a thing for: Margaret Thatcher

His wife’s name is: Edna

He gets annoyed with her if: she forgets to put fresh towels out in the bathroom,

and: does the crossword puzzle in pen

When no one is looking, he: lets his spaniel lick him on the face 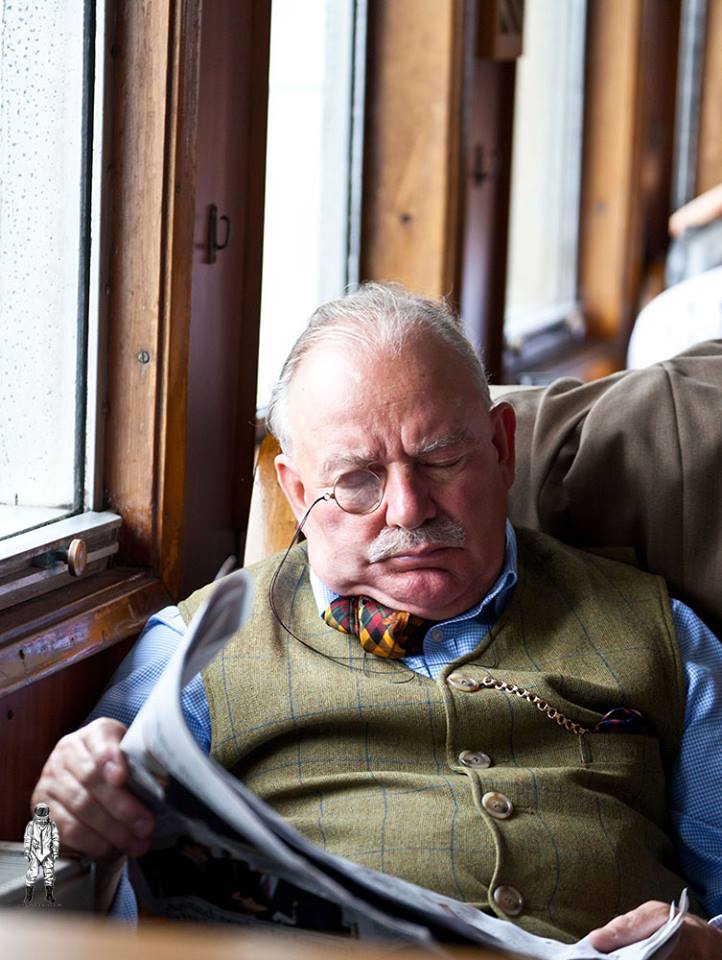 Whether you live in a popular tourist town or are a frequent traveler yourself, there’s one thing that could test even Buddha’s patience: unruly tourists. There are a lot of tourists out there – 1.035 billion international tourist arrivals in 2012, to be exact. So when their cultural quirks tread on your tolerance, does your composure hold up?

A recent New York Times article singled out Chinese tourists as the new global pain in the neck. Deserved or not, the sheer number of Chinese who are on the move have made Cole’s line from the 01:34:09 mark of the movie The Sixth Sense the new reality: “They’re everywhere.”  Last year, the adventures of 83 million Chinese nationals abroad made them the world’s biggest tourism spenders. Eighty-three million? That’s like the entire population of Australia leaving down under FOUR times in 12 months. These numbers are big, people, and they’re only going to grow.

Sometimes it’s the place that creates the swarm. Take Istanbul, for example, which had more than 11 million visitors in 2012. If you want to see the “cool stuff,” (as noted in guide books and, like, history) then you have to be prepared to stand in line. This happened to me and my travel companions when we visited in October of 2011. 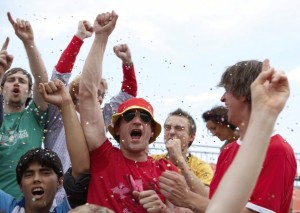 Even with it being low season, it took us three tries before we gathered the courage to brave the Topkapi Palace ticket line. I did my fave thing and started talking to the people in front of us (who happened to be from Bangladesh, and since I’d worked for the Grameen Foundation, we found a commonality to discuss in Muhammad Yunus, yay!). By the time we’d baby-stepped our way through the Imperial Treasury with all the rest of the looky-loos, though, my ambassadorial finesse had hopped a boat down the Bosphorus.

Are tourists avoidable? Well, if you like to travel to some of the kinds of places I like to go, maybe. Most people would rather go to Paris, and there, you will have to deal with the crowds. My advice is to work those patience skills hard. Harder than when you taught Grandpa how to use a computer mouse. Even harder than when you tried to change your telecommunications provider. REALLY, REALLY HARD.

I say this because inevitably, once you’ve reacted poorly to that egregious person who just stabbed you in the eye with an umbrella on Champs–Élysées, it will be you who feels worse for it. Martha Beck calls displaced aggression “stress rolling,” and while it may not be stress that causes you to misbehave on vacation, once you’ve done it, your conscience is still with you, every step of the way. I know this because I’ve been there (and if I could apologize to the taxi driver in Fethiye that I punched on my 1989 trip to Turkey, I would. For whatever reason, it’s not tourists, but taxi drivers who seem to be my trigger!). 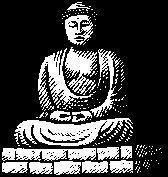 When all the self-help speakers and motivational coaches say that you’re unique and there’s no one else like you in the world, they have a point, so don’t expect anyone else to act like you, especially if they’re from a place that has had a completely different cultural history than what you’ve experienced (there are some interesting observations about this and China in the NYT article). One thing we will always share, however, is the desire to feel good, and that feeling comes from being good. Dig around in that fanny pack for some extra fortitude, if you must. You don’t have to take the traveling offender(s) home for dinner or anything, so try not to let them get to you in that moment, and it will make for a more pleasant, and peaceful, day.

Have you ever lost your cool over a tourist’s (or taxi driver’s) behavior?

Throughout its life as a church, then mosque and now museum, Istanbul’s Hagia Sophia has remained a grand and dignified beacon. Each year, thousands of people arrive to view its Byzantine beauty and take in the domes and pillars, mosaics and minarets, just as Francis and I did in 2011. And quite unexpectedly, (but just like the occasion at Monsoon Palace in Udaipur, India), I met a cat. There, among the sumptuous decor, sat the most nonchalant of cross-eyed feline squatters, tolerating the human traffic and waiting for the sun to shift so that there’d be a warm place to lie. Not a bad place to while away your time, really. 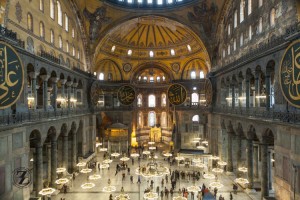 Have you ever encountered any unexpected residents — feline or other?

I first visited Istanbul in 1989. I went back in October, 2011 with my husband and our friend Eric. In the interim, I grew up a little bit, and the city grew up a lot. It’s clean, cosmopolitan and still has the most killer skyline I’ve ever seen.