Even though I read the entire Internet every day, I’m always gobsmacked by the sheer volume of things about which I know NOTHING. Sometimes, you have to go out into the real world to get wind of some of these things. That’s how I found out about the escalating number of cases of boarding in Washington state. I went out. In public. 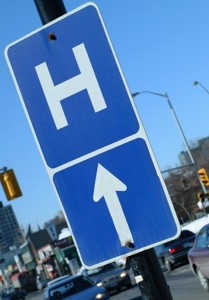 Seattle’s Town Hall was the site of last week’s King County Mental Health & Substance Abuse Legislative Forum. It was the first time I’d attended one, but I figured it would be a great place to hear what some of the county government representatives identified as pressing issues in Washington’s most populous county (and the 13th most populous in the country). The issue that stood out was how a shortage of psychiatric beds has caused a steep increase in hospital boarding over the last five years.

What am I talking about when I say “boarding?” Sort of like it sounds, boarding refers to the temporary placement of psychiatric patients, most of who are in crisis, in a regular old hospital emergency room. There is often no psychiatric staff available, and while a person may receive medications, they don’t receive proper assessment and treatment, sometimes for days. Like, six days, in the case that Seattle Times journalist Brian Rosenthal wrote about in his eye-opening piece “‘Boarding’ mentally ill becoming epidemic in state.” And quite often, restraints are involved, or isolation, or both.

You should be thoroughly horrified right now, and if you’re not, then I suspect you also don’t like puppies or kittens. Fine. Carry on. But for the rest of us, well, it’s hard to imagine having a friend or loved one who is going through a mental health crisis locked up in restraints and left in an ER hallway for days on end. It hurts our hearts. It hurts the heart of our society. 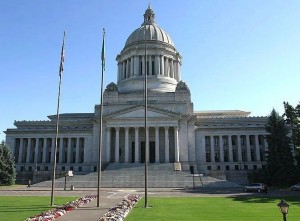 The event I attended was a legislative forum, so not surprisingly, the advice given as to how an individual can effect change with regard to the bed shortage and boarding issue was to tell your elected officials (and this issue is definitely not isolated to King County or Washington state). Find out who is voting to fund mental health care and who isn’t, then put the latter on speed dial. Attempts to get face-to-face meetings with your elected representatives were encouraged, as in-person meetings are still regarded as highly effective.

In King County, the increase in boarding – up from 425 in 2009 to 2160 in 2012 – is directly related to both the decrease in available psychiatric beds and to changes to Washington state law which have made it easier to commit people involuntarily. And while Washington doesn’t usually stand out as first or last on any state rankings list, I’m embarrassed to say that it comes in at the very bottom of the body politic for psychiatric beds per capita in the U.S.

I hate ending a post on a low note, so I will leave you with this companion piece that Rosenthal wrote for the Times, which illustrates just how intensive outpatient and early-intervention programs have been successful at keeping psychiatric patients out of emergency rooms in another of Washington’s counties, despite the lack of beds there, too. More money for that, please, dear legislators. More money for that.

Have you heard of or experienced a problem like this where you live? And is it recent, chronic or in retrograde?

**Updated in Jan. 2014: Sadly, the very same day I posted this piece, the story came out that mental health workers were unable to locate a bed for inpatient psychiatric treatment for Virginia State Senator Creigh Deed’s son. This occurred the day before he stabbed his father before fatally shooting himself.