The goal for our December trip to Antigua was to do as little as possible, and Francis and I were exceptionally successful at achieving it (see Lazy Days in Antigua, Part I to read about how we sat around all day, mouths open, spittle running down our chins). Let me tell you, though, there were other forces at work.

Disastrously, we met a very fit and rather diabolical Antiguan American woman named Sara on the flight down. Insisting that we “go out and see the island” (???!!!), she picked us up at our apartment and drove us North to South, East to West, on several occasions. It was terrible. We barely survived it.

On Christmas Eve, Sara’s idea of fun was to join in the merriment in downtown St. John’s. There were lights and decorations, happy people everywhere, and to rub salt in the wound, a deceivingly scrumptious local dinner at Roti King. 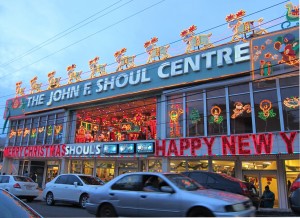 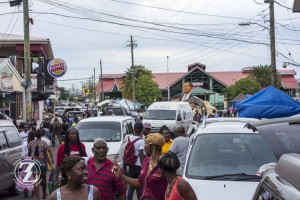 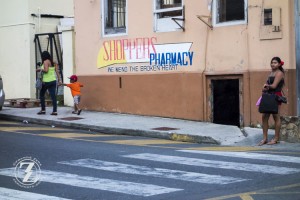 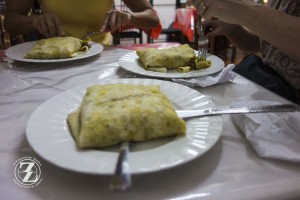 Then, a couple of days later, she thought that perhaps we should see another beach besides our own. She first took us to Devil’s Bridge, a big, splashy-water place with a natural rock arch. We continued on to Half Moon Bay, and not long after we got there, Sara pulled fresh papaya from her mother’s yard and crunchy snacks out of her bag to share with us. So presumptuous! I know you’re shaking your heads with me. 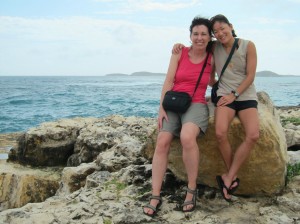 We also went to Dickenson Bay, just down the road from our apartment, where Sara arranged for this rainbow.

For the eve of New Year’s Eve eve (that would be Dec.29, for you slow people), our tour took us to the south end of the island to Nelson’s Dockyard, a cultural heritage site and functioning marina. Here, we were able to view the boat used by a reckless man named James (Tiny) Little for his solo Atlantic crossing. I say reckless because it appears that he didn’t brush his teeth in the evening – for 116 days! Just check out the poster of his daily schedule. 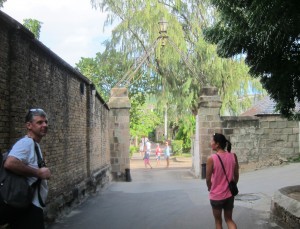 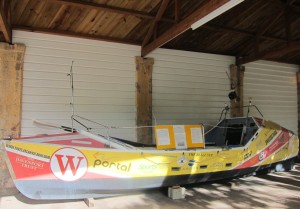 I would be able to tell you more about this cannon if I could have read the signs. 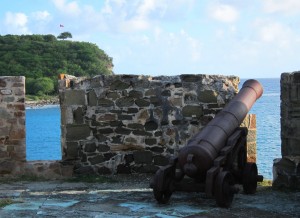 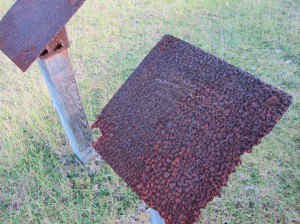 A Sunday night tradition on Antigua is live music at Shirley Heights. The steel drum band sizzles and the views are breathtaking, so we spent our evening letting the local music seep into our souls. What’s done is done, however. We can’t undo it now. 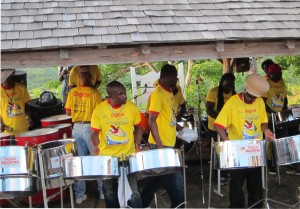 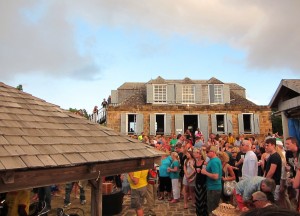 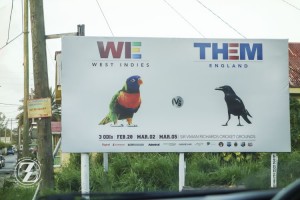 And that’s how it came to be that we mingled the time at our “home” beach at Runaway Bay with some of Antigua’s other charms. But take a lesson from this story, travelers. I have a feeling that there are more like Sara out there.

Have you encountered a Sara in your travels? How did you protect yourself? Share your stories!