“We have some very tough news to share with you today, and we wish it wasn’t so. A few months ago, in December, Gord Downie was diagnosed with terminal brain cancer.”

This was the opening for the email that fans of Canadian rock band The Tragically Hip found in their inbox on May 24. As the news spread through that country’s media outlets, an entire nation wished it wasn’t so.

The music world lost some greats in the past year—Scott Weiland, Glenn Frey, Phil Taylor and Lemmy Kilmister from Motörhead, David Bowie, Prince—and millions of global citizens mourned together. Canadian music lovers can at least take small solace in the fact that Downie, the band’s incomparable front man, is far from gone: on Wednesday, The Hip announced what will be an epic farewell tour for this summer. 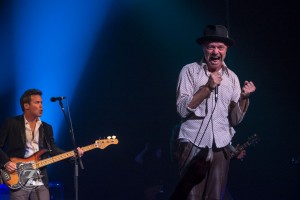 There’s another thing about Downie and The Hip that’s different, too: They belong to Canada, fully, completely. And Canadians like it that way.

While The Hip toured internationally over their 32 years together, their fame never grew to the depths of other acts from the Great White North. Think Neil Young. Bryan Adams. Rush. Alanis Morissette. Drake. Justin Bieber. But that doesn’t mean the band hasn’t won the unwavering loyalty of millions in its home country. It’s not so much cult-like as it is one big, happy Hip family. As Canadian Prime Minister Trudeau tweeted after yesterday’s cancer announcement, “Gord Downie is a true original who has been writing Canada’s soundtrack for more than 30 years.” 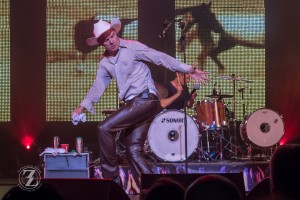 Downie has the genius creative knack for infusing The Hip’s songs with Canadian culture, which is what has made him both a national treasure and a beloved backyard-barbecue beer buddy, at least in spirit. There are lines like “in the forget-yer-skates dream” (from It’s a Good Life If You Don’t Weaken), something any Canuck who has ever figure skated or played hockey in the pre-dawn hours understands, and “Bill Barilko disappeared that summer” (from Fifty Mission Cap), a reference to the Toronto Maple Leaf player’s 1951 death in a floatplane crash. For a plucky country that rails against being lumped in with America, Canada finds cultural representation in The Hip, and its cultural archives at least partly in The Hip’s discography. 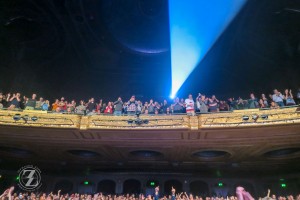 Then there’s the matter of seeing The Hip live. Who says Canadians are polite and buttoned up? Downie vibrates with energy on the stage while legions of Hip fans scream out lyrics with him. He sweats, a lot. The audience sweats, a lot. And it’s all-the-way-round love.

Full disclosure: I’m a die-hard fan, and have sweat love with The Hip on a number of truly memorable occasions. There was the time I hollered the lyrics to Fireworks with a guy wrapped in a Canadian flag at Seattle’s Paramount Theater.

There was the time I jumped up and down like I was on ecstasy (I wasn’t) to the song Poets at Burnaby’s Deer Lake Park.

And the time I belted out At The Hundredth Meridian with a six-foot-four giant in a Habs jersey (who was on ecstasy—he hugged my husband) at The Showbox in Seattle.

If I die of vanity, promise me, promise me
If they bury me some place I don’t want to be
You’ll dig me up and transport me, unceremoniously
Away from the swollen city breeze, garbage bag trees
Whispers of disease and the acts of enormity
And lower me slowly and sadly and properly
Get Ry Cooder to sing my eulogy 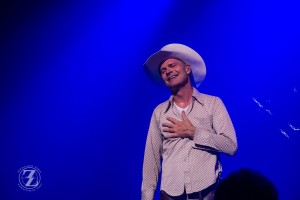 There’s more, but you get my drift. The lyrics are smart. The Tragically Hip is Canada: Canada Post issued a stamp with them on it in 2013. And The Hip’s visionary leader, Gord Downie, is a poet and a gentleman. He’s a friend and a team mate. He’s a living legend who, much to the deep despair of many Canadians, is dying, as we just learned.

We are hurting for him, we are hurting for his family, and we are hurting because we can’t imagine Canada without him. Fans will celebrate his enormous presence and contributions at some point, like he no doubt wants us to; he did, after all, write the lyric “no dress rehearsal, this is our life.”  But not yet. Not yet.