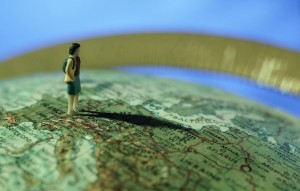 It’s funny how even simple concepts evolve to have different practical applications, depending on which part of the world you’re in. Take the idea of a gap year, for instance. The term originated in the U.K. in the 1960s, and it has basically always meant to go on a relatively unstructured overseas trip after high school. You might work (in a bar or a restaurant or a youth hostel), but just enough to earn the dough required to get to the next town or country.

In the traditional sense of the term “gap year,” it’s not what you do that’s important, it’s the overall life experience that matters. Meeting people from different cultures. Trying new things. Soaking it all up. Because let’s face it, when you’re 18, you’re either staring at a two- to four-year study program, or you’re starting a job, part-time or full-time. Either way, you’re about to become somebody else’s bitch.

A gap year is about not being anybody’s bitch.

Sounds great, doesn’t it? So then why, oh why, do some countries insist on smushing that notion of a gap year right between their thumb and forefinger?

In Japan, the practice of matching students with jobs before graduation cuts the gap year off at its knees. (This would explain why it is that when you actually encounter Japanese travelers, they are usually chain smoking and prematurely grey.) The United States–the only advanced economy in the world that doesn’t guarantee its workers paid vacation, it’s worth noting– has turned a gap year into something of a higher pursuit. This quote comes from Wikipedia:

“During this gap year, American students engage in advanced academic courses, extra-academic courses and non-academic courses, such as yearlong pre-college math courses, language studies, learning a trade, art studies, volunteer work, travel, internships, sports and more, all for the purpose of improving themselves in knowledge, maturity, decision-making, leadership, independence, self-sufficiency and more, thus improving their resumes before going to college.”

Hold on, does that say “yearlong pre-college math courses?” And “improving themselves?” What blasphemy! It’s the same mentality that has one-year-olds on waiting lists for the “right” kindergarten. How about just going overseas to open your eyes, your mind and your soul, whilst leaving the hidden agenda at home, okay, campers? 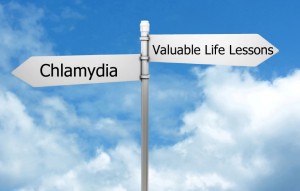 Parents, I know you’re probably thinking that you can’t imagine sending your freshly graduated son or daughter out into the world in an “unstructured” way. It’s too dangerous, and they’re not ready for it, and they might get robbed (yup, they might). But if you’ve got a cherub-cheeked 18-year-old who still forgets to lock the back door when they go out and who has never grocery shopped or managed a budget, then IT’S EVEN MORE IMPORTANT THEY GO. Let them go, and cry on the ride home from the airport.

Inarguably, the year that most shaped the rest of my life was my gap year, when I traveled to Israel with a school friend. We lived and “worked” on a kibbutz. I was 18. I packed all wrong. I had nothing wise to contribute to conversations with my peers. I didn’t speak or read Hebrew. I suntanned with baby oil. Nobody (wrongly) worried about AIDS. I hitchhiked. The intifada started that year.

I also heard firsthand stories of apartheid from my peers. I learned to take care of babies. I picked up some Hebrew, and a handful of Swedish swear words. I discovered I like schnitzel. I floated in an inner tube down the Jordan River. I grew to know the streets of Old Jerusalem like the back of my hand. I met a woman who taught me about unconditional love.

In 2006, Lonely Planet ran what I think was a brilliant ad campaign. The slogan said “Do Something Great For Your Country. Leave.” On a gap year, you don’t have to know where you’re going to end up, or how you’re going to get there. You don’t need to be a master grocery shopper (hint: keep to the outer edges of the store). And you definitely shouldn’t have to be anybody’s bitch.

Your turn. Did you take a gap year? Do you wish you did? Do you have kids who are? Love it when you guys chime in.