It’s hard to believe that it has been a year already since I first wrote about the DSM (the Diagnostic and Statistical Manual of Mental Disorders) in a post called “What It Is and Why You Should Care.” The diagnostic criteria for the fifth edition were just approved by the American Psychological Association (APA) Board of Trustees this past weekend, in preparation for this edition’s publication in May 2013. 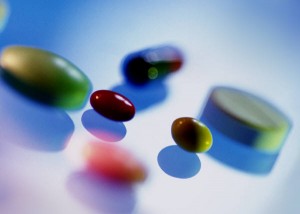 In my earlier post, I expressed concern over the growth in the list of diagnoses that appeared with each new edition of the DSM, and whether there was a correlation to the overall growth in mental illness diagnosis and medication treatment. Obviously, that’s a pretty tough case to make, but it did generate some really great conversation in the blog post’s comments. There are other folks out there besides me who are worried that the DSM’s evolution is having a trickle-down effect, the outcome being a society prone to over-medicate people who are experiencing normal emotions, e.g. the temper tantrums of a child, bereavement grief, etc.

Unfortunately, the DSM-5 diagnostic criteria were approved in pretty much the same state as they were when these concerns were raised in 2011 and earlier. END_OF_DOCUMENT_TOKEN_TO_BE_REPLACED

Back in August, I published a post about a very special phone call. When cleaning out the condo of my schizophrenia- and dementia-addled Mum last summer, I found a letter from her old friend, Bunty. The letter was from 2001; the two of them met in 1953 at nursing school (psychiatric nursing, to be exact.)

I called Bunty in August to let her know that Mum had gone into a care home and had little memory of anything or anyone. What transpired was a warm conversation with a delightful and caring woman and I hung up the phone feeling exponentially better than I did before the call—better about my mum’s health, better because I knew more about her younger years, and better because I felt like I might have made a new friend of my own, the friendship even more meaningful given her connection to my mum. END_OF_DOCUMENT_TOKEN_TO_BE_REPLACED

It is likely that at some point in your life, either you or someone in your inner circle has been given a mental health diagnosis that was predicated on the DSM. So, what does that mean, exactly? END_OF_DOCUMENT_TOKEN_TO_BE_REPLACED