Siem Reap is an odd duck. Its tourism sector has grown quickly, and so in some ways, like its dense section of shops, bars and restaurants–including a “Pub Street”–it is a bit like Las Vegas, Southeast Asia-style. It isn’t until you get out of Siem Reap that you start to get a real feel for the culture. Don’t get me wrong, I thoroughly enjoyed our visit, and the nearby Angkor temple complex is spectacular, but the two do make very strange neighbors.

We spent five nights there in late Nov- early Dec 2014. I was glad to have the extra time because I was wrecked by a sinus infection so it allowed us to slow our “templing” pace (yes, it’s used as a verb there). I think our timing was perfect: temperatures start to climb in December, peaking in May, and I could not even imagine being out at the temples–which are far from all amenities, even toilets–during the most intense of Cambodia’s weather cycle. It was punishing enough as it was!

Here are a handful of snapshots from Siem Reap, the Angkor temples and the stilt-supported fishing villages that lie along the Tonlé Sap, a combined lake and river system that is the largest freshwater body in Southeast Asia. 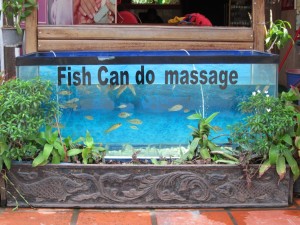 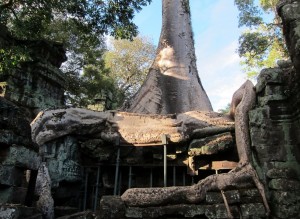 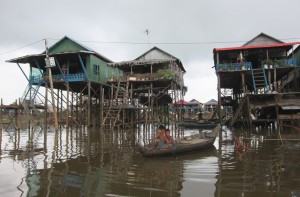 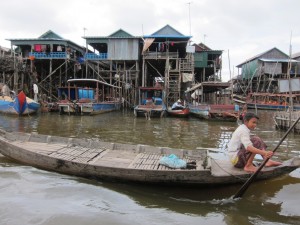 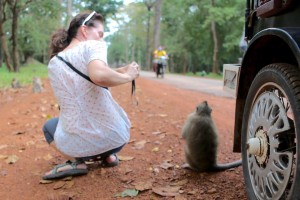 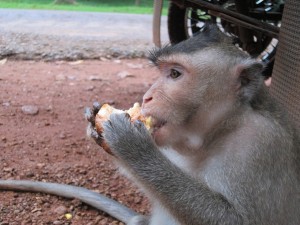 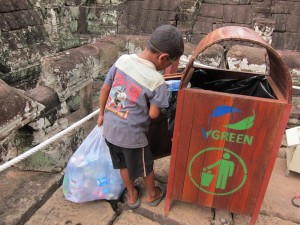 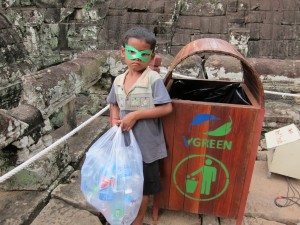 Hope you enjoyed these, and I’d love to hear what you think in the comments below! xo