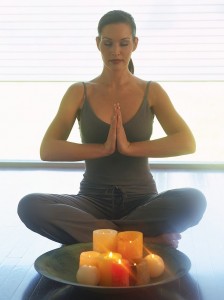 If you’re a person who deals with elevated levels of anxiety or anxiety disorder, you may have been advised to develop a yoga practice as a complementary or alternative therapy. In addition to building muscle strength and suppleness, yoga slows your breathing and keeps your mind focused on the present. Afterward, you feel like you’ve just been on an island in the South Pacific for two weeks. With a personal masseuse. Named Fritz. (Or maybe Frida.) Who spent an hour on each foot alone. But why, exactly? What kind of science can be applied to this state of bliss?

Studies show it’s GABA, or gamma-aminobutryic acid, the primary inhibitory neurotransmitter in our nervous system. Whereas dopamine ramps us up, GABA mellows us out.

Researchers know that people with depression and anxiety have been shown to have low amounts of GABA in their cerebrospinal fluid. But study after study has shown that after yoga, there’s a marked increase in a person’s GABA levels, whether they suffer from depression and anxiety or not. But if they do, then hurray!

If you’re having a hard time getting to yoga class, try some shorter meditations at home (I say shorter because most people don’t do a 30-minute meditation right off the bat. As my acupuncturist likes to remind me, it’s exercise for the brain, and you have to build up to it the same way you would with physical activity.) 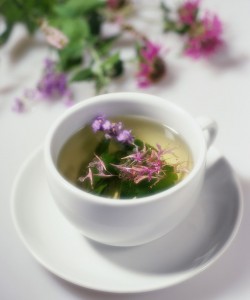 As GABA falls into the category of amino acids, there are also a few foods with GABA. And, if you really like the supplement approach, yes, it does come in pill form, although just like many natural supplements, the jury is out with regard to its effectiveness. Plus, the pill form doesn’t include Fritz or Frida.

Do you derive a spa package-worth of benefits from yoga? What kind of yoga do you do? And did you know about GABA? (In all my years of reading about and dealing with anxiety issues, the name was completely new to me!)